Settling the Debate on Windows vs Mac for Music Production 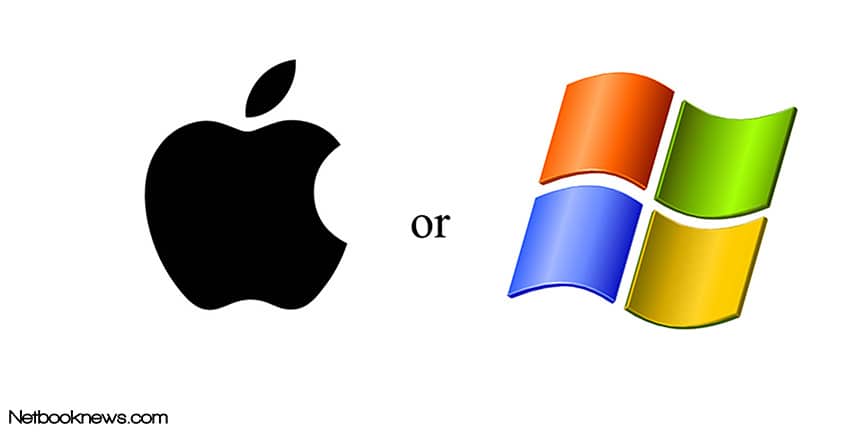 Are you a disc jockey or music producer seeking for the best laptop music producing system to create your beats and mix your sounds? Chances are you find yourself stuck on the age old argument on windows vs mac for music production.

Apart from the operating system within a computer, another thing that can affect your purchase decision is how, when and where you produce music. Depending on your production preference, you will need to choose between using a Mac/Windows laptop or a Mac/ Windows desktop.

Is a Desktop or Laptop Better for Music Production?

When it comes to music production, you need a system that is capable of processing large chunks of data. Hence, the reason why laptops and desktops are the main points of consideration.

So, to make a decision on which of the two options you should go for, read below:

We take a look at the essential factors that guide the buying decisions of most music producers in the windows vs mac debate. They include:

In terms of which interface offers ease of use to the consumer, the Mac comes out tops. For one, it offers a navigation system that optimizes a workflow process. Therefore, it is easier for producers to move seamlessly from one app to another.

…in Mac these items are separated according to type and placed in separate folders..

Also, unlike Windows which stores samples, loops and plugins across various locations, in Mac these items are separated according to type and placed in separate folders.

Audio plugins and virtual studio technology (VST) are a music producer’s best friend. But, when it comes to developing these softwares and plugins, coders opt to create them for the Windows system.

As a result, the software and plugin options available for Mac are limited. Also, most of these VSTs are available for free on the internet. The same cannot be said for Mac where the limited offerings require purchase.

The availability of VST makes the cost of music production on Windows cheaper than on the Mac.

However, when it comes to digital audio workstation (DAW), the Mac is more flexible. Mac users do not have to worry about errors due to incompatibility which most Windows users have to face.

A major downfall for the Mac is that for every one of it, it is possible to find several Windows alternative. Although Mac systems are generally built to handle large chunks of data, their price is a bit on the high end.

For the same specs offered by a Mac PC, a music producer can find a much cheaper Windows option with the same capabilities. Therefore, for the budget conscious producer, a Mac product may not be at the top of the to buy list.

Also, when it comes to upgrades, Windows systems are not rigid. If you need a higher storage space, you can swap out the old one, your sound system not performing the way you want? You can get a new one but the same cannot be said of Mac.

In terms of drivers, music producers have to choose between the option of Asio for Windows or CoreAudio for Mac.

Asio drivers are good for device configurations, however, tweaking them is a major challenge. On the other hand, CoreAudio offers the option of plug and play as all devices are aggregated under one driver control panel. It is also specifically programmed for sound control of Mac systems.

You might be able to improve the performance and latency of the Asio driver after a few tweaks but the functionality and user interface will not be as smooth as CoreAudio which needs no configuration.

In a Windows system, music producers have the liberty to customize, optimize and enhance both the internal and external parts of the PC. The same cannot be easily said for Mac which offers limited control option to the user.

Also, Apple are known for their abandonment problems. Once there is a new release of software or hardware, support for old ones is hard to come by.

For a more reliable long term solution, Windows is a better option.

Windows systems offer a lot of flexibility in terms of storage options. RAMs, SSDs and HDDs are easily changed after purchase. Therefore, a music producer need not worry about how to improve on storage options with Windows.

For Mac, upgrades to hardware is not possible after purchase. All requirements need to be made at the point of purchase. The highest storage within a Mac is 4TB which can only be expanded with a USB caddie.

How can I optimize my system for music production?

To improve the performance of your Windows or Mac laptop for music production, follow these steps:

Do I need only a laptop for music production?

…the laptop is serves as the main controller for music production, but other tools are needed to enhance the process..

In most cases, the laptop is serves as the main controller for music production, but other tools are needed to enhance the process. They include:

In the windows vs mac for music production debate, a winner can only emerge if you the user are assured of the features offered by each system as viewed in our best laptop for music production roundup . The operating systems have their pros and cons and with both of them having one trump card over the other in different areas.

Therefore, when making a decision among the two, the options you might be sacrificing or opting for include storage options, flexibility, cost, sound and performance capabilities.

What do you need?