What happens if my laptop overheats? 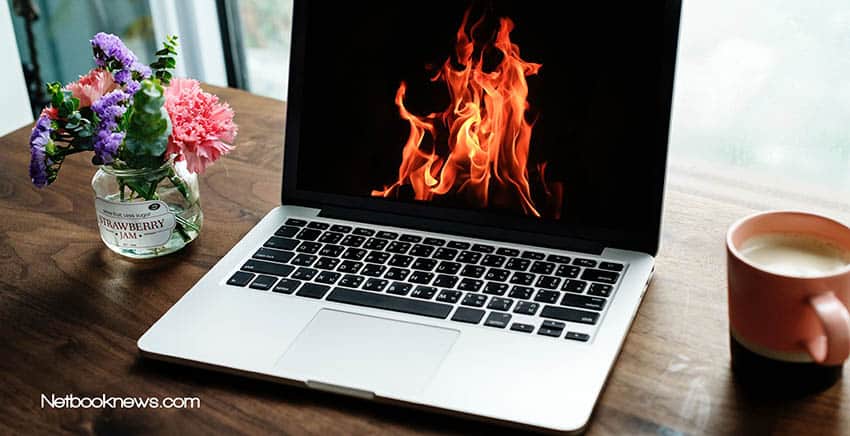 Will my laptop explode when it gets too hot? Have you ever wondered what happens when your laptop overheats? Well, my mind boggles at the thought of the possible havoc that can happen inside my laptop when it overheats.

New advancement in technology brings smaller, faster laptops; but with it comes a detriment; hardware components are too close to each other, free air movement is limited; making laptops prone to overheating.

What Happens If My Laptop Overheats?

When your laptop overheats, the process will showdown, your internal component includes battery, motherboard will get damaged. The system will switches off abruptly signaling failure and you are at the risk of a possible explosion.

As you load them with intensive computing tasks, laptops normally warm up, in fact warmer than what is comfortable for your laps.

In the event of smelling burnt plastic, a short circuit or the fan running continuously without stopping, prepare to shut down your system; else you can ruin your laptop for good or even sustain burns on your lap.

According to NCBI, burns induced on the body by overheating laptops, are known for causing cancer in the long run, it is therefore highly recommendable to avoid laptop body contact as much as possible, during usage.

Signs That Your Laptop Started Overheating

After you have seen all those signs and still you have doubt whether to take precautionary measures, you may want to know how to measure laptop temperatures.

7 Dangerous effects of an overheated laptop

According to researchers at the School of Engineering and Applied Science, University of Virginia, continued miniaturization (fitting very fast processor into small laptop packages) will lead to laptops as hot as the sun in 10-20 years.

Currently, this kind of problem is so common with laptops that have extremely fast processors.

You need to know what happens when a laptop overheats and then practice proper safety precautions:

Usually the first victim of overheating is your CPU simply because it is always processing whatever task you throw at your machine.

Usually in a normally functioning laptop, the fan will automatically begin to run once the processor actually overheats so that it cools easily.

Over a long period of continued usage without performing scheduled maintenance work for your laptop will lead to dust and pebbles clogging air passages inside the already compact body.

Failure to dissipate off the residual heat will cause the CPU of the laptop to steadily slow down, often resulting I freezing or just shutting off abruptly.

At worst, continued over heating of the CPU may set the whole laptop system ablaze/on fire ending losing the machine with all your valuable work.

By design, lithium battery use a technology involving keeping ions in constant motion. When your laptop overheats, these ions move at a speed faster than required.

This kind of damage will destroy its ability to hold power, gradually shortening its lifespan. Sadly you will end up purchasing a new battery to give your laptop a new kind of life.

In simple terms a motherboard is where all the components of your laptop are attached.

It contains a network of several electrical circuits that aid transmission of data in forms of electrical packets between different hardware components.

When your laptop begins overheating, the flow of these data packets will be interrupted, suddenly reducing the speed at which the laptop manipulates tasks.

..the hot air can easily burn you if the system is heated to abnormally high temperatures…

When a laptop is used while placed on your body, air flow from the cooling system is not only limited but also the hot air can easily burn you if the system is heated to abnormally high temperatures.

These kinds of burns range from mild to severe ones; that even involve losing the skin at point of contact.

At worst, these kinds of electrical burns are known to cause cancer among laptop users so, precautions should be put in place.

Another danger of overheating or perhaps using the laptop while on your laps affects the males. This mild/severe heat generated from your machine can render males infertile.

According to a study, due to heat generated by gadgets including laptops, scrotal temperatures increase significantly during usage irrespective of leg position; this doesn’t allow proper formation of sperms in males causing infertility.

Generally when your computer overheats, most of its hardware components will slowly but surely weaken.

The memory modules, capacitors, video/ graphics card will eventually weaken requiring you to do costly repairs.

Moreover, hot seasons are known to hike the number of frazzled drives all over extremely hot regions.  External heat (due to the sun) ad humidity is reportedly known to lead to failure of hard disk and that’s the reason for the reported increase of the need for data recovery services during summer seasons.

6. Will my laptop explode after overheating?

In a not so common incidence, overheated laptops have caused explosions that have destroyed houses.

According to the law firm, MLN, a man filed a lawsuit in 2017,  against HP ( a renowned laptop manufacturer) alleging that his laptop, which was a gift to him, overheat and caused a fire explosion that destroyed his house.

This further reminds us of the recent recalls of laptop batteries from companies like Sony, and Panasonic; all because of possible explosion signs.

Usually these explosions are happening as a result of overheating of the battery.

..these batteries may explode if there is a mixed interaction of ions that make up the different electrical charges of the battery…

Experts assert that these batteries may explode if there is a mixed interaction of ions that make up the different electrical charges of the battery.

Hot and humid environment has also been noted as an enhancer of overheating in the laptop that may cause a short circuit that may lead to an explosion.

How do you prepare for the worst effects of laptop overheating?

Sadly you might have seen the signs and probably the effects.  The best precaution to overheating lies in preparing for it.

Why? Because even manufacturers have been caught in production of machines that are faulty and the sudden effects of overheating may be out of control.

..having measures put in place to backup your data so that you are not caught off guard is what I would highly recommended…

So having measures put in place to backup your data so that you are not caught off guard is what I would highly recommended.

There are so many ways of backing up your data from know free cloud storage facility like Google drive to storing data on external physical media like DVD/CD’s. So prepare for the worst.

Avoid ignoring any warning signs of overheating of your laptop

Whether your laptop is old or new, they are all susceptible to heating problems. Once the signs appear you should not ignore them. Be ready to combat them.

Under extreme conditions, laptops temperatures should never exceed 167 degrees Fahrenheit, however when this happens, we have just given the signs and effects of laptop overheating.

Doing regular maintenance for your laptop and equipping yourself with the right skills to sustain your laptop when it has overheated can save you so many bucks for repair.

What’s your experience with laptops overheating? How did you solve it?

Let’s keep the conversation going right in the comments!