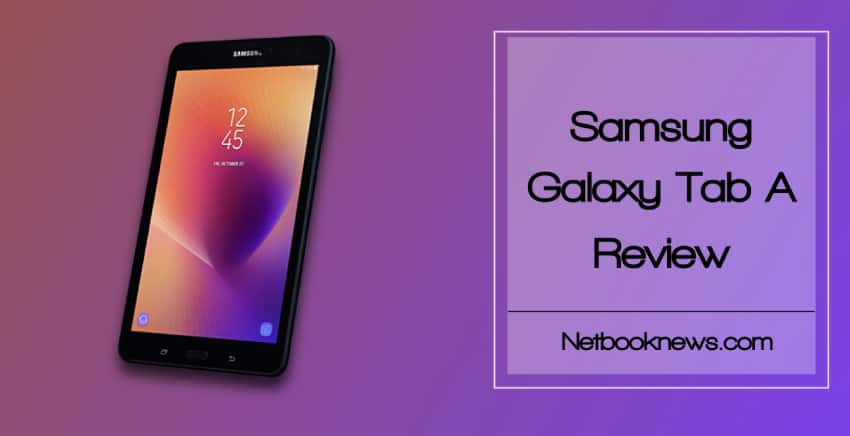 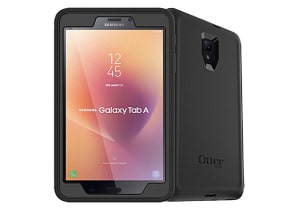 Want a high quality Android tablet with great build quality, but not quite ready to spend as much as on a mid-range laptop? Samsung’s Galaxy Tab A sits in a perfect niche between price to specs in a comfortable, handheld form that won’t empty out your bank account.

If you find the right tablet, you can accomplish nearly any task as with a full laptop, but in a much more compact and portable form.

Unfortunately, many of them are absurdly pricey, which leads savvy buyers to check out what models are available in a budget-friendly version.

..the Samsung Tab A 8” version offers a lot of usability and versatility for a relatively low price.

The tablet market is absolutely flooded with entry level and mid-range products right now, and not all of them are made equal.

For buyers willing to drop around $200 on a mobile device, the Samsung Tab A 8” version offers a lot of usability and versatility for a relatively low price.

With a solid design and just enough power under the hood to run the vast majority of apps at great speeds, the Tab A stands out as an excellent option for new tablet users just getting started.

One of the strongest selling points of the Tab A line — in any of its various sizes — is that this model is Incredibly lightweight for the hardware specs. You get the power of a low end to mid range laptop, but at a fraction of the size and weight.

While under a pound, the Tab A is constructed with a strong metal back that’s both solid enough to resist damage if you accidentally drop the device, and still has a nice hand feel.

.. to hold in either one hand or two, or to set on a table and look down at while streaming Netflix ..

The sleek, understated style on the black model looks great without being overly flashy. It may not draw all eyes in the room, but it doesn’t look like a low end budget device either.

Aesthetics aside, one of the biggest concerns when picking a tablet is in comfort, since you’ll potentially be holding this device for hours at a time.

On that front, the Tab A excels at being comfortable to hold in either one hand or two, or to set on a table and look down at while streaming Netflix or playing with Android apps.

While binging your favorite show or playing a couple rounds of Plants Vs Zombies, the 8 inch display here offers up bright, crisp colors and a satisfying range of brightness options.

No matter what you are watching or playing, those aforementioned brightness options will play a big role in how long your device stays powered before needing a charge. 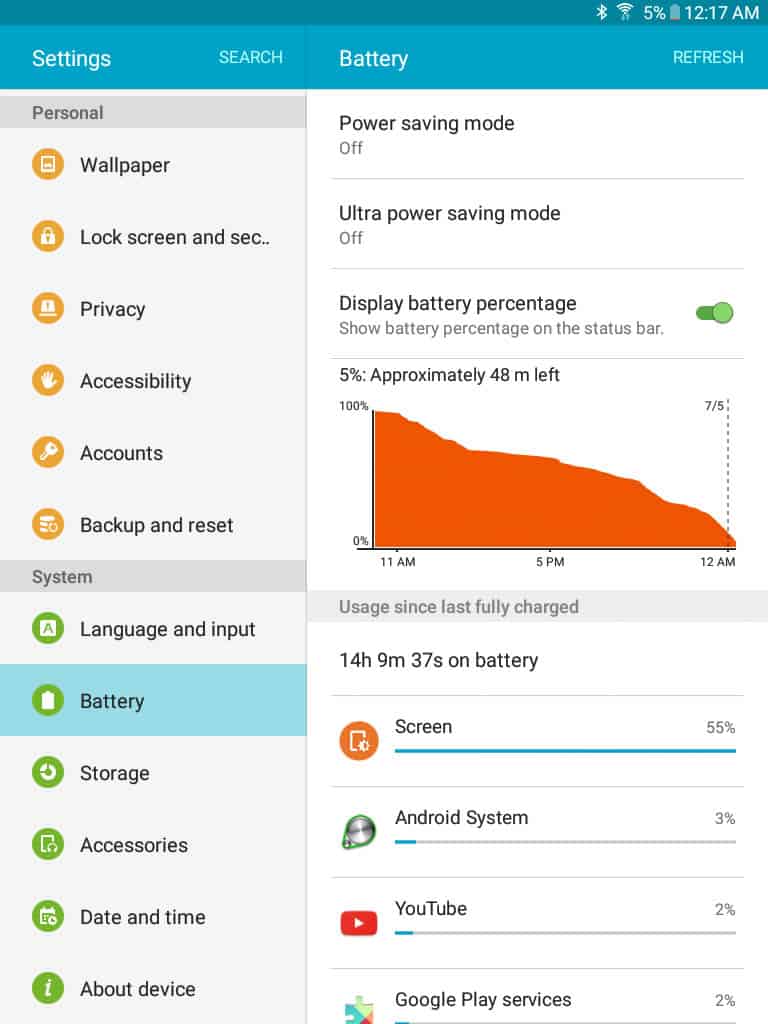 Samsung lists 14 hours of video playback for this model, but that’s only if you turn the brightness way down and are exclusively using one streaming app with nothing else open in the background.

For most users, you can expect 8 – 10 hours before needing to plug into an outlet, which is still a really nice overall battery life. Considering some of the more expensive laptops out there will give you half that amount of time, I found the Tab A to be satisfying in terms of battery.

If you spend hours playing 3D game apps with the brightness at max, you can expect to get much less time however. My experience playing games frequently has been in the 5 – 6 hour range before needing to pull out the charger.

Speaking of playing Android apps, exactly what kind of performance can you expect with the Tab A?

With 2GB of RAM and this level of CPU + integrated graphics, there are a small handful extremely graphics-intensive games it can’t play, but for the most part it will smoothly run any app.

From new gacha games like Brown Dust to popular apps such as Roblox or Dead Ahead Zombies, you’ll get smooth operation and no slow downs.

For some full PC style games that have made the transition to Android — like PUBG or XCOM: Enemy Within — you may need to turn down the graphics to medium to avoid lag and framerate drops.

It’s important to note that this combo of CPU and RAM isn’t particularly suited to editing video either, so I wouldn’t plan on using this model for YouTube content creation for instance.

For any other use however, you get more than enough speed even with multiple browser tabs open while several apps are running in the background.

.. a small handful extremely graphics-intensive games it can’t play, but for the most part it will smoothly run any app…

Since most users utilize their portable device for watching videos or streaming music, it’s also worth mentioning the overall sound quality.

The Tab A’s single speaker setup is alright for watching YouTube clips by yourself, but isn’t particularly meant for a group of people to gather around watch a show or listen to music.

Personally, I recommend going with headphones if you are going to use the Galaxy Tab A as your primary means of listening to Spotify or any other music service.

While the sound is more than adequate with a pair of earbuds, Samsung made a recent baffling decision with an update that I wasn’t particularly happy about.

The required Samsung software update released in early 2019 changed how the audio setup works, and its actually a bit more complicated and less intuitive now, as tapping the mute button on the top of the user interface doesn’t actually mute all sounds.

Samsung offers the Tab A in several different variations, and I’d strongly recommend a potential buyer absolutely go for the 32GB version.

The cheaper 16GB version will quickly fill up if you are planning to use this device for gaming apps, and sadly the Galaxy Tab A doesn’t let you install apps onto an SD card, so that’s not a viable option there.

Note that in either case, you do get 100GB of free storage through a promotion between Samsung and OneDrive.

That means you won’t ever be lacking for space for saving photos, downloaded memes, music files, PDFs, or eBooks in the cloud, and you can save some money by ditching the SD card. 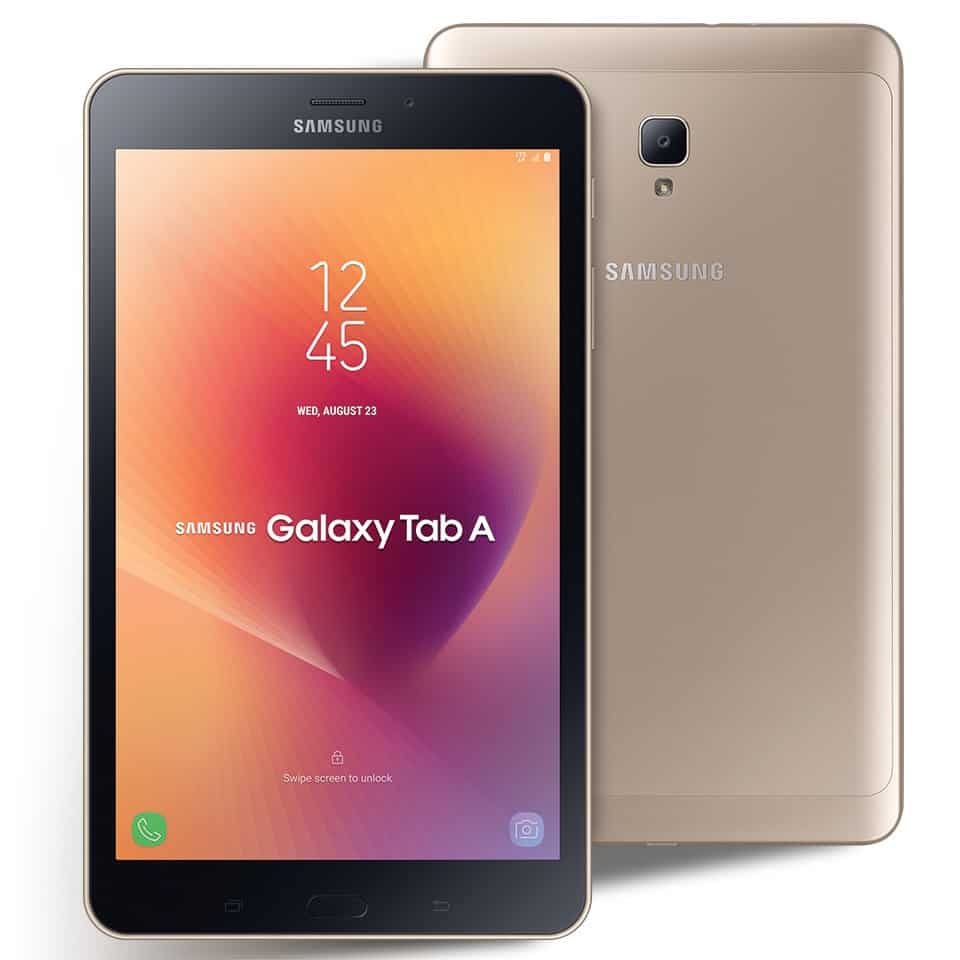 Aside from internal storage space, the Tab A is available in a black or silver finish. I’ve only handled the black version, which looks incredibly sleek, although the color scheme probably won’t matter much since most users are going to put a protective case around it anyway.

Both colors can also be found in wi-fi only or LTE versions, depending on whether you want to add the device to your mobile plan or exclusively use it while connected to a wireless network.

Finally, keep in mind that a 10 inch version of the Tab A is available if you prefer a larger tablet with a wider screen. It’s slightly less comfortable for one handed operation, but the bigger screen does offer better viewing.

With solid overall performance and a comfortable design, most users will get a lot out of the Tab A, and this is a great model to pick if you are just jumping into Android tablets.

It sits at a decent mid-range price point that isn’t exactly low budget, but won’t cost you nearly as much as something like an iPad.

The Tab is quite a bit more expensive than Amazon’s budget-friendly Fire 8, but also does more heavy lifting with full Google Play access.

Overall, we’d recommend the Tab A in either the 8 or 10 inch versions if you’re on the hunt for a new tablet but don’t need the flashiest display or a ton of RAM for video editing tools.

Wondering what else is available in this size and with comparable specs and price points? Check out our full down of the best 8” tablets currently available over here.