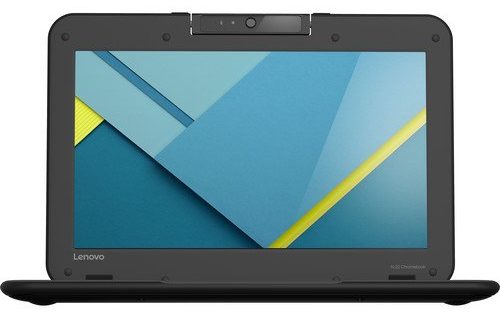 A lightweight and portable Chromebook that is compatible with Android apps.

The Lenovo Chromebook N22 is a light and portable Chromebook that has a decently long battery life and offers good performance as well. What’s so great about it is that it’s very compatible with Android apps, so you can play your favorite smartphone games without having to rely on an emulator.

The Lenovo Chromebook N22 is a small, portable, and reliable Chromebook. It might not look as good or as sturdy as the other Chromebooks but its actually quite reliable and tough as well. The Chromebook also has some innovation here and there which sets itself aside from the rest making it a good candidate for the best cheap Chromebooks on the market.

It might not be the fastest Chromebook around but there are many ways to solve this problem so it isn’t that big of a problem.

The phrase, “Don’t judge a book” by its cover properly fits the Lenovo Chromebook N22. It doesn’t look to be very tough and durable but it is built to last. It’s not the toughest Chromebook around but it’s still capable of shrugging off a few blows here and there.

The screen is protected by thick bezels and its keyboard is pretty intact as well. Not to mention that for a small device, its a bit thicker compared to other Chromebooks which explains why it can take a beating.

The  Lenovo Chromebook N22 may not look very pretty but it has a professional and serious aesthetic to it making it ideal for business meetings.

Its small screen size and resolution of 1366×768  isn’t that good to brag about especially when the thick bezels take up a lot of the screen in the first place. However, it does make up for this by its anti-reflective screen.

With this feature, you can easily take the Lenovo Chromebook N22 out and use it on a bright sunny day which is perfect if you’re planning to go on a vacation or simply if you simply live on somewhere hot and sunny.

Lenovo laptops are known for their business laptops and gadgets, and the Lenovo Chromebook N22 is no different. It’s very rare to see Chromebooks to have innovations but this one made a little bit of innovation to make it more appropriate in business settings and for the user’s convenience.

Asides from looking very professional, the Lenovo Chromebook N22 comes with a built-in handle which makes it easier to carry around. It’s especially useful for people who often drop their laptops and Chromebooks, so this Chromebook is a good solution if you ever have this problem.

One thing that really surprised us about the Lenovo Chromebook N22 is its connectivity. This laptop features 2 USB 3.0 ports, an HDMI port, an audio jack, and a 2 in 1 card reader.  It may not seem much for an ordinary laptop but for a small Chromebook like this, it’s pretty impressive.

This shows how much Lenovo prioritized function and convenience over the appearance and this can be properly seen on the Lenovo Chromebook N22 since it doesn’t look that appealing but it has tons of features and uses that make it worthwhile.

Chromebook isn’t that powerful enough to play a lot of video games which severely limits their potential and appeal but thankfully the Lenovo Chromebook N22 has worked a way around it by making the Chromebook itself compatible with Android apps.

There are tons of fun android games on the play store and some of them are free, so you don’t even need to spend your money to play games in the first place!

Because of this, you can play a lot of your favorite Android games similar to that of a smartphone. So at least you’ll still be able to have fun.

But this isn’t just limited to games as well since you’ll also be able to run helpful Android apps as well. There are tons of apps on the play store that help make your life easier from exercise apps to reminder apps and scheduling apps that help you plan your day.

A good reason to get the Lenovo Chromebook N22  is that it has a reputation for having a comfortable keyboard. Unlike other Chromebooks, it’s much easier to type in this one, and it’s 1.4 mm key travel is pretty decent as well.

As for its touchpad, it’s very responsive and it reads your movements quite well, which is pretty impressive for a cheap Chromebook.

The Lenovo Chromebook N22 may not look very pretty nor is it very powerful but it has its good points like its extra durability, affordable price, and convenient features like its built-in handle that make it a good pick for young students who aren’t very careful about their gadget and devices.

The Lenovo Chromebook N22 is an innovative and helpful laptop that is ideal for student use. It may not be powerful enough to run high-end processes but it’s good enough to handle school work if done one at a time.  It offers mixed performance but it is durable and you can count on it to do its job.

The Lenovo Chromebook N22 isn’t a bad laptop and it can do its task quite efficiently provided that they aren’t very heavy. The Chromebook has productivity in mind with its easy to use the built-in handle and its keyboard is very comfortable to use making it a good laptop for students or small businesses who are on a budget.

You should buy the Lenovo Chromebook N22 if you’re looking for a reliable and dependable laptop that will enhance your productivity.

It has a very durable design allowing it to survive accidents as well as a comfortable keyboard allowing you to handle and write more documents efficiently.

This laptop was made with work and study in mind making it a good pic for diligent students and professional businessmen.

Asides from work and being productive, the Lenovo Chromebook N22 is also a good pick for playing games as well. It might not be a gaming laptop, but its compatibility with Android apps makes it so that you can still play video games despite having lower-end specs.

Despite all of Lenovo Chromebook N22’s features and innovation, it’s still a cheap Chromebook. It’s not very powerful when compared to other laptops which makes it a bad choice if you’re ever planning to use it to run high-end programs or run AAA titles.

If you aren’t necessarily on a budget, you can get a more powerful device than the Lenovo Chromebook N22 and you’ll be able to do a lot of things with it that a normal Chromebook can’t.

If you’re interested in buying a Chromebook but don’t find the Lenovo Chromebook N22 very appealing, then you might want to consider these alternatives:

The Lenovo Chromebook N22 is a professional Chromebook meant for the pragmatic individual. It’s cheap and affordable and although it’s not very powerful, it’s designed to help you work and study more effectively with its easy to use the keyboard and other features that enhance your working experience.

So is the Lenovo Chromebook N22 a good business Chromebook for both businessmen and students alike? Feel free to comment down below. We’d love to hear what you think?