Why Your Laptop Starts Up & Suddenly Shuts Down; How To Fix It

When your laptop shuts down almost immediately after you turn it on, it can mean a lot of things that might be wrong. Well in this article we’re going to go over the causes, and how to fix them.

..the issue of why your laptop starts up and suddenly shuts down is either hardware or software related…

Normally the issue of why your laptop starts up and suddenly shuts down is either hardware or software related, as most computer problems are. A damaged internal component, or a specific software can be the reason why its suddenly shutting off.

Some commonly diagnosed issues for random laptop shutdowns include the following.

These issues are more often than not the culprit behind your random laptop shutdowns. Some of these are more serious than others, and may actually require you to get a brand new laptop. Nevertheless we’re going to guide you through on how to diagnose these common issues, and ways to fix them if possible!

If your laptop isn’t booting up, then the first thing that you should check is the battery. As it might no longer be able to hold a charge. This could be for one of many reasons, either the battery is old, or that your power adapter may be damaged, and isn’t charging the laptop.

If the battery is removable, remove it from the laptop, and connect it to charging. If the laptop turns on after this, then its your battery that is definitely the issue here.

If your laptop battery is more than a few years old, then now might be an ideal time to get it replaced. If your laptop has a removable battery, or a very easy to get to internal battery. You can simply order one online, and replace it yourself.

However if your battery is neither of those things, like it is in a traditional modern day MacBook. Then send it back to the manufacturer for a battery replacement. If the laptop is still under warranty, then you can claim it on the battery issue to get a replacement unit as well.

If you are sure that the battery isn’t the issue, then the next thing to move on to is the power adapter. Power adapters go bad pretty often, especially if you live in a country where the power is known to fluctuate from the mains.

If you have a spare power adapter, or a friends one lying around then check your laptop with that. If it turns on without randomly shutting down, then it’s best to get your adapter replaced.

Also when buying power adapters and batteries for your laptop, it is a good idea to never cheap out.

Off brand batteries, and power adapters can actually supply to much or to little current to your laptop which can actually end up damaging it.

Trust me, I speak from experience in this matter. So be sure to buy the right certified version of these components for your laptop, with the correct power ratings.

This is one that most people often forget about, but it’s not uncommon for the power connector port to be faulty. Chances are if you put your power connector under strain when leaving it to charge. The internals of it might have been damaged, and it can no longer charge the laptop.

This may or may not be a relatively simple fix considering how damaged the port may be. It’s probably the best option to send the laptop in for repair to your manufacturer, or take it to a laptop maintenance shop. They might be able to fix the port, or replace it altogether.

Overheating could be a very possible issue for your random shutdowns. Due to a dust clogged cooling system, or old thermal paste on your CPU.

Your laptop might no longer be able to keep itself cool enough to prevent overheating, and thus shuts down to prevent damage.

This fix is actually something you could do at home, if you have some experience in working with a laptop internals. Just google your laptops name, and “how to open”, and you should find a guide that will give you step by step directions on how to open it.

Once inside, examine the cooling fans, and heat sinks. If they are caked in grime, and dust bunnies, chances are you’ve just found the cause of your overheating issues.

Take a can of compressed air, and blow out all the dirt, and dust from your laptop.

Double check to make sure your fans, are still working. If your fans have stopped spinning for whatever reason, they’ll be no airflow going through the system. So replace them if need be as well.

If this doesn’t solve the issue, the next thing to check is your CPU’s thermal paste. Thermal paste is what transfers the heat from the CPU die, to the cooper cooling system in your laptop.

If you laptop is a few years old, you should replace the thermal paste immediately.

We recommend going to a shop for this step, cause it can get kind of tricky even if you are experienced. Be sure not to apply too little thermal paste to the CPU as well.

Not enough, and the CPU simply won’t be able to dissipate enough heat.

This one might be the hardest to diagnose, but it may be that something is causing the laptop to short out. This could be an exposed wire within the internals of the laptops, or a whole armada of other possible reasons.

When you first turn your laptop on, listen for any sounds, sparks or irregular noises that may indicate an electrical short. Otherwise it may be best to take your laptop to a trained technician who can diagnose this problem correctly using the proper tools.

A faulty power button has been known to cause random laptop shutdowns. If your power button has started to stick, or the button mechanism just isn’t as tactile as the first day you got it. Chances are that the button might be shorting out, or even sticking to the chassis.

This could be causing your laptop to turn off immediately after you turn it on, because it’s like the power button is constantly being pressed. You could try to unstick the power button, or figure out what is causing it to stick.

Try blowing some compressed air in and around the power button. It could be that some debris might be stuck within the button, and is causing it to either stick or short out. If this doesn’t work you might actually have to replace the power button.

..a burn out motherboard, or a dead CPU, or even simply a loose/damaged wire could be causing your laptop to shut down…

Now comes to the most expensive possible reason as to why your experiencing shutdowns, and that is damaged internal components. Sometimes a burn out motherboard, or a dead CPU, or even simply a loose/damaged wire could be causing your laptop to shut down.

Start by opening up your laptop, and examining the physical conditions of the internals. Look for any traces of burnt marks, or any smell of smoke. Try removing a stick of RAM, one at a time to see if the laptop boots up.

Sometimes a dead RAM stick could be your issue, make sure to check if no debris has gotten into the crevices of the RAM slots either. Next you could try to remove the HDD or SSD to see if the laptop at least stays on this time, even if it won’t boot into the OS.

If something is damaged beyond repair then sadly there is no DIY solution. You are either stuck buying a new laptop, or hunting down replacement parts for it.

Component/Wire becoming loose from its connection

Examine all the wires within your laptop as well to see if they have any signs of damage. Remove and reattach all wires within the system to see if that fixes the issue. A loose connection might be the cause of your shutdowns.

If you find any wire that is damaged, be sure to get it replaced immediately in order to avoid damage to your laptop.

After you’ve examined all the possible physical causes to the problem. The next most likely candidate is a computer virus. To best combat this your going to want to install an anti virus as soon as possible.

If you have your essential data backed up somewhere, it may not be such a bad idea to do a fresh install of windows either. There’s never any complete guarantee that your removed a virus even if you did run multiple scans on your laptop.

After all that we’ve discussed you should be able to diagnose, and fix most random laptop shutdown issues. If you used any of the methods above to fix your laptop, tell us which one by dropping a comment down below.

And if we forgot to mention any possible cause and or solution, leave that down below to for other readers to benefit. 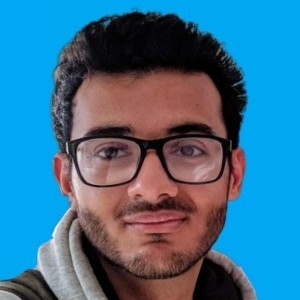 Hassaan Ahmed
Scroll back to top