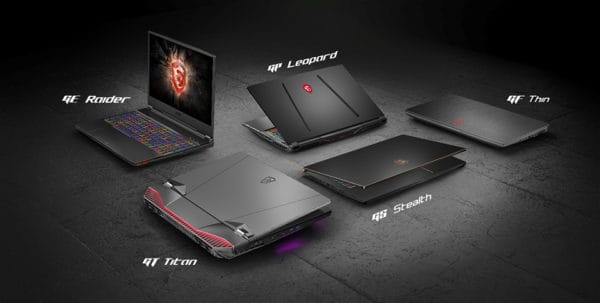 MSI is not only known as one of the best laptop brands out there but also a world-leading brand when it comes to gaming. MSI is trusted in the eSports community and they sponsor a lot of gaming teams with their products.

With this being said, how good is MSI laptop a brand overall? We know their laptops are good for gaming but is that all there is to it?

What does MSI stand for and who makes MSI computers?

MSI stands Micro-Star International which is a Taiwanese multinational IT company based in Taiwan. The company was founded in August 1986 and is known for its production of motherboards and graphics cards which eventually led to the company creating gaming systems.

MSI makes a very good gaming laptop. Most MSI laptops have spectacular specs and they all come with powerful video cards that are meant to handle mid to high-end games. It comes with game-enhancing features such as improved display resolutions, faster refresh rates, advanced cooling systems, superb audio, and ambient lighting for better immersion.

When you search for MSI reviews online you’ll see a lot of comments and reviews about how amazing their products are for gaming. This is no surprise since the majority of MSI laptops come with a powerful NVIDIA graphics card that allows for easy rendering of game assets.

People especially love MSI premium gaming laptops which are heavily featured and used by popular esports teams and professional gamers all over the world.

The only complaint that people have over MSI is their ridiculous prices. This is because MSI laptops aren’t cheap, in fact, the cheapest MSI laptops you can find on Amazon nearly cost $700. MSI laptops simply aren’t meant for people on a budget.

MSI is no pushover when it comes to designing the slickest and coolest laptops out there. Most of their laptops have a similar design scheme but that isn’t a disadvantage when all of them look professional with that “gamer” inspired feel to them.

Their creator laptops stand out a lot, especially their MSI P65 Creator. A lightweight studio laptop that has an office-friendly design with its aluminum steel chassis and silvery gray color scheme.

It’s a powerful laptop meant to handle the heavy requirement of editing software as well as the resource-intensive process of rendering large video files.

MSI really isn’t known for its spectacular tech support. Their websites are hard to navigate and it’s hard to communicate with tech support whether on the phone or through social media.

MSI really isn’t known for its spectacular tech support. Their websites are hard to navigate and it’s hard to communicate with tech support whether on the phone or through social media.

Even when they do answer, they tend to give incorrect advice which doesn’t solve the problem or even worse! Needless to say, MSI is too busy creating amazing gaming laptops that they’ve forgotten to invest in customer support entirely.

As for the warranty, MSI has pretty decent warranties ranging from 1 to 2 years on most of its products. They also include accidental damage repair services so you don’t have to worry about losing out on that $1000 laptop because of a stupid accident.

Overall we give MSI a support and warranty score of 20/30. They could definitely use some improvements in this area.

MSI may be focused on gaming laptops but that doesn’t stop them from innovating.  A good example of this is the MSI GS66 Stealth 10SGS-031 which features a very lightweight and durable design. The laptop is advertised as the world’s first 144Hz thin bezel gaming laptop.

This solves a lot of problems with gaming laptops in general and that problem is their bulkiness. Because of its durable design, the MSI GS66 Stealth is able to stay thin and portable without breaking.

Another first for MSI is the MSI GT75VR Titan. It’s the first-ever 17-inch gaming laptop that features a mechanical keyboard that allows for rapid key presses. One of the reasons why desktops are often better than laptops at gaming is because it allows you to use mechanical keyboards.

Mechanical keyboards are simply made for gaming and they’re more durable as well. This makes the MSI GT75VR Titan very appealing to gamers who love mashing their keyboards.

Another innovation of MSI is that it features the MSI APP PLAYER which allows players to run android games on their laptops. It’s designed to run well with android emulators and its very appealing to android gamers who want to save battery on their mobile phones by playing it on their computers.

Lastly, MSI also has its Ambient Link Technology which gives gamers better lightning and ambiance allowing themselves to immerse themselves in the game better. MSI boasts of this capability in the latest Monster Hunter game, MONSTER HUNTER WORLD: ICEBORNE.

Because of these innovations, MSI gets an innovation score of 7/10.

MSI is purely a company focused on creating the best gaming systems out there. They are well known for their graphics card and expensive premium gaming laptops.

MSI does offer some value selection since they offer affordable mid-end gaming laptops that feature their powerful MSI graphics cards and amazing specs.

However, MSI does offer some value selection since they offer affordable mid-end gaming laptops that feature their powerful MSI graphics cards and amazing specs. Sadly they don’t have cheap laptops lower than $500, so their value and selection score takes a dive here.

One of their cheapest and most functional gaming laptops, the MSI GF63 Thin 9SCX-005 laptop which costs about  $719 which is around the mid-range in terms of price when it comes to mid-end laptops.

In short, the MSI GF63 Thin 9SCX-005 is one of MSI’s cheapest laptops despite being a mid-range gaming laptop. However, its specs are above that of mid-end laptops which makes it worth the buy.

Unlike the MSI GF63 Thin 9SCX-005, this laptop has a 120Hz IPS-Level allowing for smoother gameplay. The laptop also has an advanced cooling system with its Cooler Boost 5 which dramatically reduces excess heat by the CPU and GPU allowing for a longer lifespan and maximum gaming performance.

Lastly, the MSI GP65 Leopard 10SDK-049 features the MSI APP PLAYER which makes it easier for gamers to play mobile games on their PC. Being partnered with BlueStacks ensures that your PC can handle using android emulators while running some high-end games.

The updated and better model of the MSI GP65 Leopard 10SDK-049, the MSI GP75 Leopard 10SFK-219 features the same gaming specs as the advanced cooling system and the MSI APP PLAYER but with monstrous specs and a steeper price of $1,599.00.

It features a new and powerful processor with the Intel Core i7-10750H RTX processor, a better IPS refresh rate of 240 Hz, and a larger display of 17.3 inches. If you don’t mind spending an additional $400, you should try and get the MSI GP65 Leopard 10SDK-049.

Next on the list are MSI’s expensive and premium gaming laptops like the MSI GS66 Stealth 10SGS-031.

The GS66 Stealth is a big innovation on MSI’s part. Just like with the stealth bomber, this award-winning gaming laptop bombs away its competitors by being better at multiple fields like battery life, display, processing power, cooling, and portability.

The laptop features the 10th gen Intel Core i9-10980HK that has 8 cores capable of going at speeds between 2.40 GHz to a max turbo frequency of 5.30 GHz. The power of its processor allows it to handle complex and resource-intensive tasks within milliseconds.

Its graphics card is no joke either with its  NVIDIA GeForce RTX 2080 SUPER  graphics card with 8GB GDDR6 VRAM.  As for storage and RAM, it has 32 GB of DDR4 RAM and a 1 TB SSD storage.

Lastly, the laptops have a 15.6-inch display with  (1920 x 1080) resolution and  300 Hz refresh rate which ensures that you don’t miss a millisecond of frames during your competitive gaming.

The MSI GS66 Stealth 10SGS-031 doesn’t compromise and it’s one of the best gaming laptops around. It’s very pricey since it’s being sold at $2,999.00 but it’s worth the money especially if you’re into competitive gaming. Its impressive refresh rate and powerful 10th gen processor will ensure that every millisecond is accounted for.

Hardware problems are a non-issue for the  MSI GS66 Stealth 10SGS-031 which means that losing a match while using this laptop is a sign that you need to develop your skills as a gamer.

Lastly, MSI also has premium workstations that allow for gaming and work without compromising the other. A good example of this is their MSI WS65 9TM-857 Enthusiast.

But what truly separates the MSI WS65 9TM-857 Enthusiast from MSI’s other gaming laptops is its portability. Most of MSI’s gaming laptops weigh more than 6 pounds but this one is different.

Weighing only about 4.14 pounds, this laptop is very portable. It’s the ideal work and play laptop especially because of its large 2 TB SSD storage space capable of storing large amounts of work files as well as storing games that require more than 60 GB of installation space.

Overall MSI is solely prioritized with gaming laptops but they do have some affordable work laptops here and there. Additionally, their gaming laptops are state of the art which gives them a decent value selection score of 22/30.

MSI is an amazing laptop brand. The majority of their laptops have amazing designs that make them look like they were meant for a competitive gamer. They also look very professional as well which matches its motif as an Esport brand.

The majority of their laptops have amazing designs that make them look like they were meant for a competitive gamer. They also look very professional as well which matches its motif as an Esport brand.

MSI is also very innovative and they’ve made multiple innovations over the years which makes it more convenient for gamers using their laptops. They have amazing value and selection as well.

Lastly, what brings the overall score of MSI down as a brand is their customer service. Their customer support responds slowly and they give incorrect advice which wastes the customer’s time and makes them look bad as a company.

Because of this MSI has an overall score of 73/100. They may be a top laptop brand but they can do better. They should improve their customer support and try to create affordable laptops if they want to become a better brand.