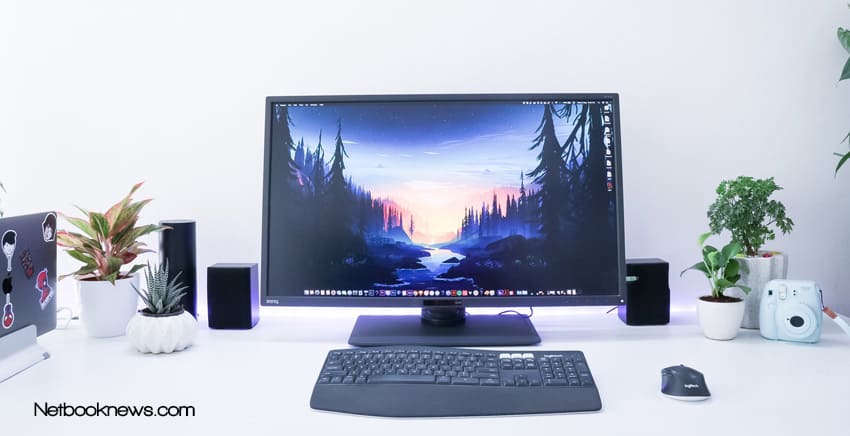 In as much as we love the ease of use and convenience laptops and tablets offer to us, it is important to remember that desktop PCs existed first. However, it can be said that the use of desktops has reduced leading to the question of whether desktop computers are obsolete.

Desktop computers may not be as popular as they were 30 years ago, but this fact does not render it obsolete. Until laptops, tablets and smartphones are able to deliver the same level of performance, affordability and customization features of a desktop PC, they will remain relevant.

One of the most popular beliefs individuals have is that a laptop is just a mini version of a desktop and that they can both perform the same tasks the same way. However, that is not the case two major factors determine whether you go for either one of the two.

When faced with the option of purchasing a laptop or a desktop, there are only two things at play:

Therefore, it is a tradeoff between the two. If you go for a desktop, you are giving up portability for performance. On the other hand, if you purchase a laptop, you end up sacrificing performance for portability.

Reasons Why Desktop Computers Are Not Obsolete

The term obsolete refers to something being out of date. However, desktop computers definitely cannot be classified under that tag due to the following reasons:

One of the reasons why it is assumed that the desktop computers are obsolete happens to be due to a decrease in use. However, let us go back to the time where things such as laptops, smartphones and tablets were not in existence.

The only means of carrying out tasks such as browsing, reading large files and video editing amongst others was through the use of a desktop. But, now that there are other gadgets in place, the desktop computer no longer works as the sole tool to carry out these tasks.

Now, if you want to read a file or an ebook you have Nooks, Kindles and Tablets for it. If you want to browse the internet, you no longer have to visit a cybercafe or wait till you get home to gain access to a desktop.

Want to watch a movie or game? You have a laptop that can carry it out. With the development of these gadgets, the desktop no longer has all functions concentrated in it.

However, even with diverse technological gadgets seemingly taking the place of the desktop, there are still certain functions which only a desktop can do better than others. They include:

Therefore, what most people see as obsolescence is in fact a paradigm shift of the purpose of a desktop. Instead of being a multipurpose tool now, its functions are being streamlined to other tasks which may not be part of the average individual’s routine.

We cannot talk about a desktop being used as a tool for specialization without referring to its performance. Afterall, performance is what makes the desktop miles ahead of other gadgets deemed to be its replacement.

If you are a content creator, you will find yourself needing more power than the average laptop or tablet can avail. This is when you turn into the market to look for something that matches your requirements.

However, not a lot of laptops can offer the performance you seek within a reasonable cost. As a result, desktops will always thrive.

In terms of the capabilities of desktop processors, the constant software upgrades and customization abilities, the other technological gadgets fall short in the following aspects:

The average phone/tablet comes with a storage space of 8GB. If you are lucky, you can get something expandable up to 256GB with added support of an SD card.

However, as you download applications and a host of other files, it becomes quite easy to fill up this storage space. Therefore, if you are involved in activities which require a lot of storage, you will find yourself consuming more space than meets your demands.

But, in the case of desktops, such a worry is not common. That is because the modern day desktop often comes with up to 1TB of storage space. You also have the benefit of adding multiple drives all at once to the desktop making it easy to store all your files and applications.

The storage capabilities of a single desktop can be more than what all the gadgets within a home can offer.

.. One thing about desktop PCs is that their features can be easily upgraded to meet a specific need…

One thing about desktop PCs is that their features can be easily upgraded to meet a specific need. Let us take a look at the benefits they offer to gamers.

We all know that the type of performance you need in console gaming greatly differs from that needed on a PC. For instance, resolution and image quality is a key criterion for a good gaming system. But, tablets and laptops do not offer the amount of detailing present on desktops.

Although there are several laptops that try to compete with the desktops performance in gaming, the cost of them as well as the increased size makes it much easier to opt for a desktop.

Also, it is important to not forget the fact that apart from the storage of some laptops which can be upgraded, there is little else which can be improved upon. This is quite different from a desktop wherein storage and graphics can be changed. If you have parts that are outdated, there is a desktop PC market to get a replacement or a better option.

Therefore, although laptops offer different products in varying price ranges, the performance level will also vary based on this price.

Is a Desktop Faster Than a Laptop?

Yes, a desktop is definitely faster than a laptop. Above, we explained how more often than not, the manufacturers of laptops have to sacrifice performance for portability.

However, the same is not so in desktop where desktops have full size parts with more processing power than a laptop. This in turn makes their speed greater than that of their counterparts

Can a Desktop Last Longer Than a Laptop?

Another thing you should not dismiss in a desktop is its long life. This might also be due in part to the fact that most of its hardware can be upgraded.

With a laptop, you can get by with using it for at most 6 years before it becomes redundant. However, for a desktop PC which has been carefully maintained over the years, you should be able to get a decade of performance out of it.

2 thoughts on “Are Desktop Computers Obsolete?”