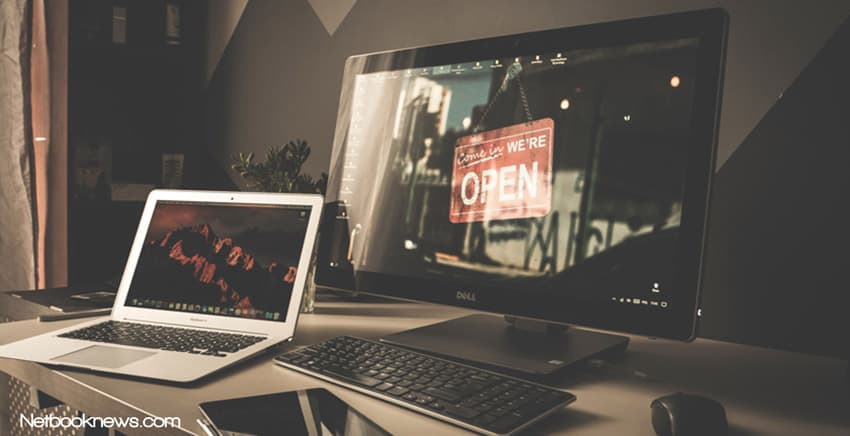 While laptops processors have been getting exponentially more powerful over the years with each generation. Adding more cores, and higher boost frequencies. There’s still a substantial difference between a Desktop, and a Laptop processor.

Let’s take a relatively modern set of processors as a prime example. An i7 8750H on the laptop side, and an i7 8700k on the desktop side. Both processors have 6 cores with 12 threads, and are from coffee lake family of Intel CPU’s.

However the desktop 8700k is an average 27% faster than the laptops 8750H, across a range of tasks. (Fact taken from Cpu.userbenchmark.com)

Now you’re probably asking yourself, why is there such a substantial difference in performance between the two ? Well to name a few reasons.

A desktop processor is cooled by a cooler that often has more than twice the cooling capacity of an ordinary laptops processor cooling system.

Even the low end desktop coolers, such as the stock cooler that Intel ships with its processors can vastly outperform the cooling power of even a relatively high-end laptop

Once a processor has more thermal headroom available to it. It can attain higher clock speeds, and sustain them for a much longer period, than a laptop.

Which ultimately means more performance for the desktop processor. This is the reason why  laptop processors are also often plagued by overheating issues.

Once they start to raise their clock speeds, and there isn’t enough cooling to dissipate the extra heat. There temperatures begin rising dramatically.

In most thin and light laptops it isn’t that unusual to see their processors hit well above 90C. While desktop processors usually hover around 70C to 80C when under load.

In an effort to stop themselves from overheating, laptop processors begin dramatically reducing their clock speeds to bring temperatures down. Once they do that, performance decreases dramatically, and they just aren’t able to keep up with their desktop counterparts.

Laptop processors have a TDP rating of anywhere between 15W to a maximum of 45W. While desktop processors can have TDP ratings as low as 35W, no all the way to a massive 200W. As a laptop has to been to run on solely on its internal battery.

There’s a limit to what amount of power the internal components can draw, and ultimately a limit on performance.

..Desktop processors on the other hand, can output a considerable amount of heat, before they actually have to backoff and reduce power…

Desktop processors on the other hand, can output a considerable amount of heat, before they actually have to backoff and reduce power.

With desktop pc’s you also have the choice of being able to replace your cooling system with a better one to get some extra performance out of it. Unfortunately there’s no similar system for laptops currently.

Alongside the thermal, and power restraints that a laptop processor has to face. There is also a finite amount of space within a laptop. All these reasons usually add up to desktop processors having a greater number of cores than their laptop counterparts.

Take the i5 8300H on the laptop side of the processor family, and a desktop i5 8400. The 8400 comes equipped with 6 physical cores, while the 8300H has to make due with just 4. And the greater the number of cores, the more performance you have on tap.

It’s not only the fact that desktop processors have more cores, that makes them more powerful. The also have more cache as well. And with cache the more you have of it, the more information the CPU is able to store for quick retrieval.

While the desktop processor might have a 2.4GHz base clock frequency with a max frequency of around 3.5GHz.

..Basically the faster core frequency of the processor, the more instructions per second that it is able to execute…

Basically the faster core frequency of the processor, the more instructions per second that it is able to execute. Now as we discussed before once you start raising the clock speeds, your going to be introducing a lot of heat into the system.

Because laptops just don’t have the same amount of thermal headroom, their clock speeds are often limited compared to desktop processors in an effort to stop them from overheating.

Now you might be thinking a solution to that would be overclockable processors, which allow you to increase the stock clock frequencies for more performance.

Given the rare chance that your laptop processor does support overclocking, your looking at an extra 200-300 MHz at best, before you reach the limits of your cooling system.

On the other hand, with ample cooling, desktop processors are able to be overclocked an extra 1GHz or more to get the maximum amount of performance possbile.

So to summarize what we’ve just learned. Due to a laptops limited cooling system, it is only able to dissipate a certain amount of heat before it has to reduce performance to avoid overheating. A desktop processor on the other hand has much greater thermal headroom, so it can run faster, and for much longer than a laptop processor.

That sometimes coupled with extra features such as more CPU cores, or faster and/or larger cache makes desktop processors much faster than laptop processors.

Hassaan has been passionate about technology for as long as he remembers, and aims to provide you with all the information you need to find the right laptop for you.