Why do DJs Use A Macbook? 5 Solid Reasons Explained 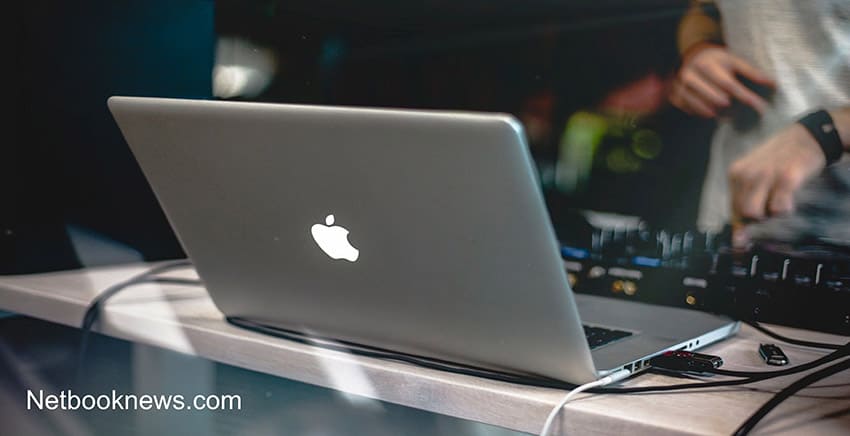 Why do DJs use a MacBook? Djing has come a long way from when turntables and mixers were the norms. Today, a Dj can perform in multiple countries while carrying an entire collection of music on a laptop and most professional DJs value the powerful and reliable MacBooks.

With the high presence of Apple laptops in music performance, you may be wondering why do Djs use a MacBook laptop? The answer is simple! Macs and Apple devices are reliable, have a great music output, and they offer better performance for DJs.

While technology has made things better for the music industry, DJs understand the importance of good tools. Ideally, it would be impossible for a great Dj to rock a dancefloor without reliable Dj sets. The Mac has been a popular icon in most events with DJs and a majority of popular professionals trust the best laptops for DJs during performance gigs.

Why DJs Use MacBooks

The fact that MacBooks are widely used in the music industry is no accident. They have earned respect through series of rigorous testing and optimization for the best performance.

” .. Considering the performance and build quality, Macs are hard to beat: they are a combination of top level bits into a unique, functional, and powerful device … ”

The laptops are characterized by an optimized OS that drives high-quality specs like processors, graphics, and display. The fact that Apple designs both its software and hardware give it an edge when creating OS and Apps that are customized for their Macs resulting in powerful devices. Considering the performance and build quality, Macs are hard to beat: they are a combination of top-level bits into a unique, functional, and powerful device.

MacBooks Have a Lower Latency

Evidence shows that Macs have a lower latency compared to regular Pcs. By definition, latency is the time taken between cause and effect. To illustrate, if you play a track on a laptop it takes a few moments before you can hear the sound on the speaker system. This delay is known as “latency”.

When using Djing software, you can alter the buffer or latency settings normally measured in milliseconds. Lower latency means that signals will get transmitted faster resulting in quicker response time for the audio.

Mac OS has a “Core Audio” functionality which is quite useful when creating, editing, playing, and recording audio on Macs. In addition, most third-party players building audio hardware and software for Macs are integrating Core Audio technology in the products as opposed to creating secondary software as an add-on.

By default, this achieves low latency as the standard.

The updates on the MacOS are optional and are seldom forced on users. This is great because it can be quite frustrating to see a laptop updating the OS when you are halfway through a Djing gig.

Unlike Windows, Apple does not stress over devices running on varying components that may potentially hamper software updates. Besides, the number of Macs is lower compared to PCs which makes dealing with bugs easier.

The macOS is updated regularly with a newer version available every fall. While newer OS versions may pose their challenges, it’s relatively easy to update your system with the most recent fixes when they are released.

For instance, when Apple released the macOS Catalina, they cautioned Djs to stick to previous versions due to incompatibility issues.

With time, developers worked on the issue and eased the frustration of many  Djs quite quickly. For example, Serato updated its Dj software to ensure compatibility with macOS Catalina.

More often than not, Apple gets it right with their software designs. But the good thing is that DJs can keep their old software version and upgrade later when all compatibility setbacks have been worked out-something that Windows lacks. Often, since third party application providers have dedicated resources for Apple OS, solutions are available promptly.

Enhanced Support For MIDI and the Drivers are Stable

Most experienced DJs integrate MIDI controllers into Djing sets for enhanced performance. Various MIDI controllers including pad controllers, rotary mixers, and keyboards are enabled in Dj software. Their main use is enabling triggers like loops, hot cues, and sync functions.

The Mac OS is designed to support many MIDI controllers thus making it a great choice of creative and talented DJs.

Previously, some people held the notion that Macs don’t need drivers to function. On the contrary, the claim is not entirely factual. Drivers are incorporated into the Mac OS to support a majority of devices. Therefore, when you hook a new hardware accessory to a Mac it functions smoothly most of the time.

Since Mac OS has the Kent files prewritten, DJs don’t have to worry about driver conflicts or system lags due to driver issues.

Apple laptops have designed with security considerations as a top priority. Having a laptop crash suddenly during a Djing event can ruin the show and cause a negative career impact.

DJs prefer Mac laptops because there are lower chances of the software crashing when working. Since there are fewer Macs than Pcs, the systems are optimized for performance thus offering more stability.

For DJs, having a stable and reliable laptop is a priority that should never be compromised. If you are just starting out on your career, it’s best to consider the recommended laptop specs for a newbie DJ to rock house parties and simple events.

While some people may want to argue that all that matters in a laptop is the components inside the casing, build quality is a relevant factor in any device. With that said, a low quality plastic casing with feeble hinges won’t last long.

MacBooks are designed with a uniform aluminum body that can withstand occasional physical abuse and still remain reliable. On the other hand, dropping a laptop with low-end plastic casing will render it obsolete after a few incidents.

Definitely, there is a certain level of reverence accorded to Apple devices. Throughout all its product lines, Apple has been keen to invest in research, idea generation, development, and design. As a result, its products come with a graceful visual appeal.

Mac or Windows PC for DJs?

Over the years, DJs have transitioned to using digital Dj setups that consist of a laptop and a combination of MIDI controllers used for music playback and mixing. Using a laptop for Djing is quite empowering in the digital age and the top priority is having a laptop that won’t let you down during a performance.

Without a doubt, Macs are quite popular among top Djs and they can be seen on high profile events rocking the dancefloor. Basically, this comes down to the issue of performance and reliability.

However, some DJs have been using windows laptops and they report good experiences with the system. It is important to note that most of them are not using budget laptops. On the contrary, the tendency to go for devices like Dell Alienware, Microsoft Surface, and Dell XPS for a seamless performance.

Differences Between Mac and Windows PCs

Macs are powered by a Unix-based OS like Mac OS X while Windows PCs run on Windows OS like Windows 7, 8, and 10. The security features of a Mac are designed into the OS thus making them safer than their counterparts. However, this doesn’t mean they are not vulnerable to threats.

Considering the performance capabilities, Macs have impressive graphics and can handle bulky software used for functions like Djing.

Over the years, Windows PCs have evolved into powerful machines with some models capable of delivering a performance comparable to what you get from a Mac. For resource-intensive functions, Djs are safer with a high-spec windows laptop as opposed to a budget windows PC.

A Mac laptop is an amazing device for most Djs thanks to its performance and visual appeal. In addition, if you take good care of your Mac, it will definitely serve you for a long time. On the other hand, some Windows laptops are just as good and they come with the advantage of value for money if you are comparing specs similar to a Mac.

Before you make a decision, it’s prudent to confirm whether the device is compatible with all your Dj software.