Why Did Apple Switch Back To Its Scissor Mechanism In 2023? 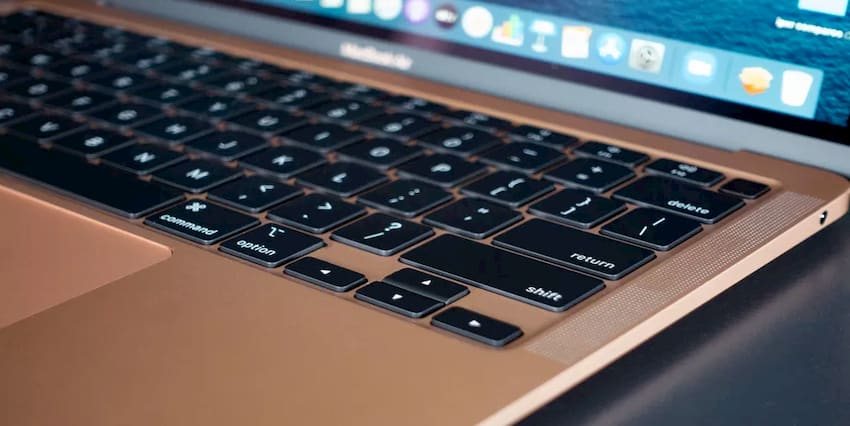 Apple is known for its innovations and impressive design. Tablets, laptops, desktops, and iPods made by Apple have met innovation upon innovation as they hit the marketplace and place new standards on technology.

A well-known example of this is the iPod. Although it wasn’t the first mp3 player to be made, it was the one that changed how and set the standard to how music players will work. The iPod was the first music player that allowed the creation of playlists as well as the music shuffle to spice things up a bit. It was truly ahead of its time.

However, innovation does not necessarily mean success. Innovation simply tries new and explores new concepts and ideas and this idea can either be brilliant or outright dumb. One innovation that failed is the butterfly mechanism in apple keyboards. It failed so badly that Apple switched back to its scissor mechanism in 2020.

A brief history of the Apple keyboard

The earliest release of the Apple keyboard was when Apple first released its first line of computers back in 1983. As time went on, Apple produced newer and more innovative designs of their keyboards ranging from practical to outright ridiculous!

One of their more notable keyboards was the Apple wireless keyboard introduced in 2003. The keyboard connects via Bluetooth technology and it had no need for USB ports and connectors making the keyboard ahead of its time.

The Apple Wireless keyboard was discontinued and it was replaced by its successor, the Apple  Magic Keyboard. This new keyboard was a big upgrade to its predecessor as it features a new look, extended key layouts, and better compatibility with other devices.

It was here where Apple started to make their mistake. They began re-engineering the scissor mechanism and created the butterfly design. The new design was meant to reduce key travel and increase key stability. However, this created new problems that would cost them. And unlike the backlight keyboards where the problem can be fixed, the new butterfly design was too much to handle.

Why are they switching back?

With the release of the 16-inc, Macbook pro 16, Apple has made some new innovations, retained some features as well as backtracked to some older features. One of the most notable backtracks was switching back from their butterfly keyboard mechanics back to the old scissor-switch or magic keyboard.

There are many speculations about why Apple made this decision. But the news brings smiles to people who loathe the butterfly keyboard while disappointing people who absolutely love the old design.  Whatever the case might be, it’s still big news.

How Bad Was The Butterfly Mechanism?

The majority of the speculation on why Apple is switching back leads back to how awful the butterfly mechanism was. A lot of people were complaining and some even claimed that the butterfly keyboard was the worst product Apple ever made!

We don’t disagree because the butterfly keyboard does have a plethora of problems like:

How fragile it is

One of the major problems that customers had with butterfly keys was how easily it broke. The mechanism itself is very delicate and any hard emotions or actions can easily break it. It’s beautiful but fragile, just like a butterfly.

Key travel is defined as the distance between a key from full rest to full depression. The butterfly keyboard was designed to have low key travel in order to make it more convenient for the user. It backfired, causing tons of problems and making it harder for users to press the keys.

It is advised that you should clean your keyboard every once in a while if you want to make it last. You should blow out dust and debris stuck between the keys with a dust vacuum or compressed air to make sure that dust doesn’t get in the way of your typing.

Sadly it’s almost impossible to do this with butterfly keyboards. Because of its low key travel, you’ll have a hard time lifting up the keys in the first place. And since the keys are very delicate, you’ll have to be extra careful when cleaning it. This inconveniences the users of the butterfly keyboard, preventing them from cleaning the keyboard completely. And if a dusty keyboard is not cleaned, it will make typing very difficult!

One of the reasons why butterfly keys need constant repairs is because of jamming. The low key system doesn’t allow for extra space on the keyboard. This tight space can cause problems if something gets stuck between the keys like debris, then it will prevent the key from functioning or worse! It could permanently damage the expensive butterfly keyboard!

Was the butterfly mechanism ever good?

You’re probably thinking, why Apple decided to give us such a substandard keyboard that brings more problems than solutions? Despite all the hate it gets, the butterfly keyboard does bring something new to the table.

The butterfly keyboard’s low key travel was intentionally designed to make typing more convenient. What customers love about the butterfly keyboard was that your hand floats around easily, allowing you to get to the keys much faster. Additionally, since the keyboard keys are lower than usual, your fingers won’t have to do much work pushing the keys all the way.

Having low key travel doesn’t just make it easier to type but it also makes it easier for the people around you as well. The butterfly keys make less sound than the scissor mechanism allowing users to focus on their work without being distracted by the sound their keyboard makes. This feature makes for a more productive and better working environment.

Why Did Apple decide to Switch back to the
Scissor Mechanism?

Any company worth their salt knows that they have to fix their mistakes and Apple isn’t just any company. Being labeled as the “most innovative company,” Apple has had its share of innovative failures.

Switching back to the older design simply shows that Apple has failed in its new innovation. Proceeding with a failed product design is bad for businesses and it’s better to cut losses now than to face more of them in the future.

A class-action lawsuit was filed against Apple’s Macbook Pro butterfly keyboard in 2018. Apple failed to dismiss this case which shows that eventually, they’ll have to pay for damages for their faulty keyboards. Tons of people are joining the cause and it will be a big loss for Apple if their future products can also be sued.

The customers are always right

Apple has received tons of complaints from its customers since the launch of the butterfly keyboard and they’ve failed to address it. Asides from having the power to sue your company. Customers have the power to decide whether or not to buy your product.  The butterfly keyboard is essentially a failed product, a product that the majority of their customers won’t buy.

Is the scissor-switch keyboard really better?

The scissor-switch functions by having two pieces of interlocking plastic serve as connectors between the key and the keyboard. It looks like a scissor when depressed hence the name, “scissor-switch”.

What will happen in the future?

The newly released Macbook pro 16 has already replaced their keyboard with the scissor-switch. Apple has already made changes to its Macbook Pro 13 and 15. New releases of these laptops will include new scissor-switch keyboard designs to address customer concerns.

We predict that Apple will replace all butterfly keyboard designs in all of their products. This includes Macbooks and Macbook Pros. This will also ensure that they minimize damage from the class-action lawsuit that they’ll eventually have to answer for.

But knowing Apple, they’ll probably introduce another keyboard design in the near future that addresses the issues of the butterfly keyboard while keeping benefits like faster typing speed and being quiet.

This is all speculation but one thing we know for sure is that Apple will innovate and continue to give us innovative products. Let’s just hope that they fix this mess and bounce back from it.

Apple is an innovative company that has its share of both good and bad ideas. The butterfly keyboard is definitely one of their bad ideas to come out recently. It’s not surprising that Apple would want to replace their newer keyboards with the older scissor-switch design.

Although it’s not innovative, the scissor-switch will solve most of the problems that the butterfly keyboard brought to the table. Apple doesn’t need to innovate every little thing, because the success that it brings comes with an equal amount of risk.  The failure of its butterfly keyboard design is a good example of risking too much and taking innovation too far.