In the past, only big record label companies could record, produce and edit their music. But as computers get more and more powerful, it opens more opportunities for the everyday man to produce their own music and make it big on their own.

Many artists have become famous on Youtube and even made successful careers thanks to being able to produce their own music in the comfort of their homes. A good example of this is musician Ed Sheeran.

Ed Sheeran didn’t do this with an outdated and low-end PC. He had to use computers with decent specs to run software recording and editing programs. These programs are very RAM heavy and your PC or Macs could crash if it doesn’t have enough RAM to do this. Additionally, these programs might also need a good graphics card as well to run properly.

By the way, read this if you are wondering which is best: MacOs or Windows for music production.

You also have to take into consideration that you’ll be running this software editing program in the background for a long time. If you don’t have a powerful CPU or enough RAM you could be stuck rendering audio files for a very long time.

This means you won’t be able to use your computer to its full capacity while you are rendering. So no Youtube, video games, and other RAM and GPU heavy applications for you. But this is only the case if you have a weak computer.

All in all, specs matter a lot when it comes to music production and if your computer isn’t strong enough, you could just end up ruining your recording.

Should I use a laptop For Music Production?

If we recommend good specs that much, then why are we recommending laptops and not desktops?

It’s a given that desktops generally have better specs than laptops. They’re also cheaper since you can just build your desktop from scratch. You can also customize your desktop to your liking, giving you more options. This implies that desktops are better suited for music production overall.

However, laptops beat desktops in one category and that’s portability. If you’re reading this, you’re probably a musician that wants to create your own brand of music. But as a musician, you might have to travel to a lot of places to perform.

This means a desktop isn’t something you can use, and this is where the portability of the laptop comes in. Your laptop is accessible at any place and at any time. You can even work on editing your music while riding a plane which saves you a lot of time.

So if you’re convinced that you need a laptop to boost your career as a musician, then read our spec suggestions below.

What Laptop Hardware specs are important for music production?

The CPU (Central) or processor of your computer is probably the most important thing when it comes not only to music production but everything else in general. A lot of people refer to the CPU as the brain of the computer.

If the CPU isn’t powerful enough to handle an application it either won’t run the application or your system will crash since its too much for your CPU. Sadly, most music editing software uses up the majority of your CPU’s processing power.

In fact, one of the more high-end audio editing software out there, Presonus Studio One, can take up a lot from your CPU. There are even cases of high-end PCs like the Macbook Pro having trouble with Presonus Studio One with the program taking up 7 out of their 8 cores!

Clock speed is measured in gigahertz (GHz). A laptop with 2 GHz can perform up to 2,000,000,000 clock cycles per second. A general rule of thumb is that the higher the GHz, the faster your CPU can perform the task.

This isn’t always the case since you have the model of the processor also matters. The latest model of processors at the moment is the core i7. And the newer the model, the better it functions so a core i5 performs way better than a core i3.

So to put it simply any CPU with a frequency of 2.2 GHz or more, a core model of i5 or i7 (preferably i7), and with 4 or more cores are usually more than enough to handle most audio editing software.

The more RAM you have the better! RAM stands for random-access memory which is a form of memory that allows your computers to store short-term data such as applications.

In short, RAM temporarily stores the memory of software applications like your audio editing software. Not all applications are created equally and some consume more RAM than others.

This means a 2GB laptop is out of the question since you’ll probably want to browse the internet while working on your music.

A 4GB laptop should be the minimum if you want to run multiple applications but we really recommend that you go higher than that. Laptops of 8 GB or above are what we recommend that you use since you’ll have a much easier time running multiple programs along with your editing software.

As we’ve said before, the more RAM the better! It will also make it easier to render audio files, saving you a lot of time.

It’s also good to take note that the DDR generation of RAM matters. It’s very similar to processors that the newer generation RAMS have are much better. So if you were to choose between a DDR3 and a DDR4 RAM, go for the DDR4.

In short, go for the laptop with more RAM and choose the newer generation RAMs if you can. So a DDR4 RAM with more than 4GB is ideal for music production.

You don’t really need a high-end graphics card to do music production. However, Integrated graphics won’t do since they can’t handle heavy graphical options. They’re basically your laptops basic graphics card and they are used to run simple applications that don’t require heavy graphics.

This is why we highly recommend dedicated graphics card since they are specifically built to handle the graphics performance of your computer.

So try to go for HDDs with at least 250 GB of space. 250 GB might seem excessive but you’ll also need that storage space for other applications as well. And if you’re the type who likes to keep movies and large playlists, the extra space might be needed.

You can also try SSDs since they can boost your computer’s loading speed and performance. However, it’s not really needed unless you want things to be more convenient for you.

So to summarize, at least 250 GB if you are using that laptop for other reasons aside from music production.

Last but not least is the screen size. This is more subjective than the others but ideally, you want a screen big enough that is comfortable for your eyes. If you’re squinting your eyes using 12-inch screens then a 15-inch screen is ideal for you.

In conclusion, here are the minimum laptop specs you need for music production:

But if you have the cash for it, try to get laptops with these specs. 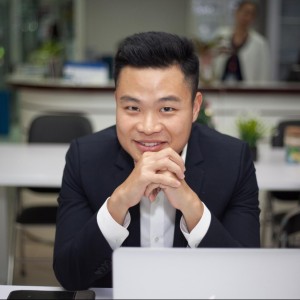 Kenny Trinh
Scroll back to top