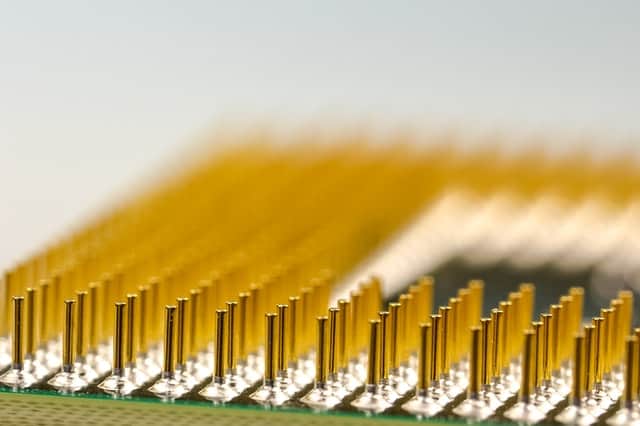 You’ve already read the previous article about i3 vs i5 and i5 vs i7, but still not sure and still looking for more. Then go on and read this article about i7 vs i9 and help yourself decide which processor is best suited for you, with the introduction of Core i9s the choices are becoming vast and deciding what to choose is exhausting.

You may already know that, in terms of performance of processors. The higher the number the better, like Core i5 is faster than Core i3 while Core i7 is faster than both but Core i9 is much faster than the three which is generally true and is the simplest explanation.

But, you should always consider your budget and specific needs or computing requirements that you require in a device to consider it a great buy. Every processor from Core i3 to Core i9 can do computing work in specified ranges, low-end, mid-range, and high-end. The question is what your computer needs to be able to choose the perfect processor for you.

Difference between Core i7 and Core i9 processors

For most users, Core i7 is powerful enough to do heavy computing and power-hungry tasks. 9th generation CPUs, the Core i7 does not have hyperthreading in this model version, it is reserved only for Core i9 processors which gives the biggest difference between the two cores.

In most cases, the difference between Core i7 and i9 is minimal, Core i9 offers powerful processing speed that capable of almost any computing needs, Core i7 can do almost everything Core i9 can do, it’s just that Core i9 performs faster and with larger cache so multitasking is a bit faster.

Core i7 is for gamers and enthusiast/power users.

By enthusiasts/power users I mean people who use photoshop, do some video editing, streaming, models for 3d printing, etc.

Core i9 is for medium-end professional workstations.

This is for the people doing engineering, professional 3d modeling for short animations. These users need many cores as the GHz clock is not as important to their tasks.

The high end will use a system that has 2–4 Intel Xeon CPUs in it. This is what the people over at Pixar and Dreamworks would be used to make movies.

The high end will use a system that has 2–4 Intel Xeon CPUs in it. This is what the people over at Pixar and Dreamworks would be used to make movies.

Core i7 vs i9 on Desktop

In terms of Core i7 and i9 on desktop, Intel’s current lates Core i7 CPUs support 16 threads and has a maximum turbo boost of up to 4.8 GHz and the unlocked modifier feature that lets the processor to be overclocked easily is one of the main differentiating factors.

The Core i9 is somewhat more powerful in some ways, but the cost is staggering. The upgrade in Core i7 is not very noticeable compared to Core i7, especially if your computing needs don’t require software editors like Pixar and Disney for their animated films.

There are 10 core i9 models that offer 10 cores and 36 threads for a staggering price of up to $2000 which is quite expensive for most users, however, the latest models of Core i9s are much cheaper than its predecessor by as much as half the price.

Core i7 laptops are incredibly fast and powerful in multi-threaded performance, the 10th generation Core i7 has 8 cores and 16 threads which makes it very sufficient in almost every task you throw at it and it only consumes 28 watts.

The Core i9 is the most powerful mainstream mobile processor in the market, but it has some stiff competition from the new Ice Lake processor of Core i7, they might not have the same clock speed but the performance is nearly identical.

The price difference between Core i7 and Core i9 on laptops is high, so only buy Core i9 laptops if you do some 3D modeling or video editing. Other than that, Core i7 is more than capable of heavy computing tasks.

Is Core i9 better than Core i7

In terms of processing speed and computing power, Core i9 is much faster than Core i7. Core i9 has more core and threads than Core i7. But Core i7 can be overclocked easily. Core i9 processors are for enthusiasts and power users, while the Core i7 is more than enough for most uses.

Faster isn’t always better for you.

If you are an animator or someone who produces animated films, then maybe you need that Core i9 power. Though most Core i7 can match those video rendering software, the Core i9 can process much faster then Core i9 is better than Core i7 for you, but the price difference is high.

Is Core i9 worth it?

You already know by now that Core i9 is not always better than Core i7, it may be the fastest commercialized CPU that is available in the market. For most users, Core i9 is not really worth it. The price is too high, the performance is very fast but do you really need that overkill power? If not then you will just pay a premium for nothing.

Well, if you don’t mind paying for the all-around fastest commercial CPU, and what you care about is performance. The Core i9 CPU is for you, and it is worth it.

But if you look at the future proof criteria, then yes, i9 will last very long in terms of running future AAA games, but I think at that time there will be a new generation of cheaper gaming CPUs that will maybe have similar power but will eat significantly less power.

Core i7 vs i9 for gaming

The Core i9 that is intended for server and multicore use are decent in gaming but horribly expensive for their performance, so it is good for gaming but not worth the price for a little upgrade you get with Core i7 CPUs.

Core i9 on laptops, such as the Core i9-9980K is best for gaming but they tend to be more expensive than Core i7s. If the laptop build doesn’t have a very good cooling solution, the performance between Core i9 and Core i7 is nearly identical in terms of gaming.

At the price per performance ratios, the Core i9 is terrible for gaming. While it may have fast single-core performance, high IPC, and have lots of low-level optimizations in applications, and be highly touted by reviewers and websites, the cost ratios of the i9 make it actually a bad investment and terrible investments are bad for gaming.

In the end, Core i7 and Core i9 CPUs tend to be very similar for gaming, unless you also do video editing or do other CPU extensive work or you have piles of money sitting around and won’t mind paying for Core i9, or else you should stick to Core i7.

The Core i9 series of CPUs on the low end has 10 cores and 20 threads to its highest-end which has 18 cores and 36 threads.

Besides more core/threads the Core i9 has more cache but has less GHz clock speed and higher TDP (wattage/power requirements). A Core i9 CPU also has more PCI lanes in it, for professional users, this means they can run many GPUs (for parallel processing not typically for gaming), raid cards, or other add on cards.

This is basically intel’s reboot of the Broadwell x99 platform and the answer to AMD Threadripper.

Only a select few applications/purposes are designed to scale well with that many cores, most programs will perform better on a Core i7 due to the higher clock speed. So putting it simply, you will be paying a large premium to actually have slower performance as a gaming/power user.

The processor’s price is based on its cores and performance, so it is logically true that Core i9 is more expensive than Core i7 systems. Core i7 price ranges from $270 to $426 on both desktop and laptop, while Core i9 price ranges from $422 to $583 and up to $1000+ for Core i9 X series which is the fastest i9 model.

Core i7 would fall to mid-range compared to Core i9, the latest release of Core i7 CPUs that does not support hyperthreading is the setback. But still, the absence of hyperthreading in the latest models doesn’t make Core i7 less than Core i5 processors.

Core i9 is the greatest deal for power-hungry users, especially video editing and alike. Surprisingly, the Core i9 is not that good in gaming.

So, you have finally reached the end of Intel’s core series and already had an idea of what is good for you and what is not. Core i9 is fast and all but it’s expensive. Core i7 can almost do what Core i9 can, at a much cheaper price. Core i5 if optimized can almost have the computing power of Core i7 and Core i3 is the cheapest option for everyday tasks.

Now, it is up to your budget and usage needs. Choose the best processor that is best suited for you to have the maximum return of investment.