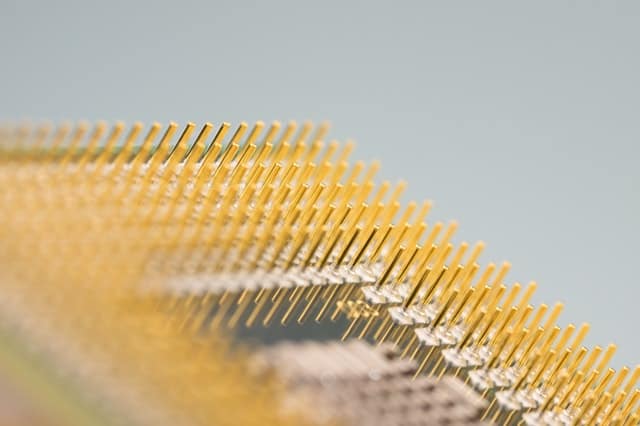 The hunt for a laptop is still going and you can’t decide whether you go for Core i5 or Core i7 processor. If you have already read about the Core i3 vs i5 comparison, then you may have some ideas. You are here because obviously you are looking for more options and we get it, you want to make sure you get it right. We’ll help you decide, whether Core i5 or Core i7 suits best for you, here we go.

There are many Intel processors in the market, and they are grouped into a number of categories. There are Intel Xeon processors that are used for servers and workstations, the Intel Pentium and Core are for consumer applications which will be digging on this article.

Core i5 and i7 are among the most popular Intel processors, they offer a wide range of capabilities at a different number of price points. To decide which processor is right for you, you need to know the difference between the two to help you understand the strengths and weaknesses of each processor. In doing so, it will enable you to decide which processor better suits your needs.

Difference between Core i5 and Core i7 processors

What is the difference between the two processors? Core i5 and i7 may have both numbers of the core which is four cores, they differ in base clock speed.

In other words, Core i7 has more GHz. Which makes it faster than Core i5 processors, but a new model of Core i5 is faster than old models of Core i7 as well as the accompanying components affects the chip speed.

Core i5 and Core i7 vary in speed but it is not always true that Core i7 is always faster than Core i5. Some Core i5 models are faster than other i7 models, it all depends on the model and accompanying specifications.

Some Core i5 models are faster than other i7 models, it all depends on the model and accompanying specifications.

In terms of desktop, Core i5 and i7 CPUs are typically separated by their number of supported threads and clock speed. While it is true that both processors had the same number of cores, which is six-core for the eight and ninth-gen and four for older models. Some processors had support for hyperthreading that lets them support twice the number of threads to be efficient in multitasking.

Processors in mobile are slightly different, while desktop Core i5s do not feature hyperthreading, some processors on mobile do. So, Core i5 on laptops can handle extra threads at once, but still, Core i7 CPUs are still powerful. Eight-generation Core i5 CPUs have four cores and support eight threads, while most Core i7 have six cores and 12 threads.

But still, there are factors that affect the speed of processors, Core i7 may be faster than Core i5 but not true all the time depending on components they are with and the generation they have been released.

Core i7 has faster base clock speed, and has larger amounts of cache which helps the processor to deal with repetitive tasks or frequently accessed data. You can feel the difference between Core i5 and i7 when opening some applications and switching from it from time to time, you’ll feel more faster loading data speed in Core i7 than Core i5.

While cache is not the biggest factor in specs, it illustrates advances of generation and family model of each processor. It would greatly affect your multitasking productivity. So, when looking for a laptop and multitasking is a crucial part of criteria, look for machines that have bigger cache.

This feature is built into processors for many generations and it allows the chip’s cores to run faster than their base clock speed. When there are four cores and the process takes only one or two then Turbo Boosting happens, it uses the spare core to make the process much faster.

Both Core i5 and i7 processors support Turbo Boost, Core i7 on the other hand, has higher clock speed. Core i5 and i7 have different rated base and boost clock speed, the higher the better, but it would still depend on the specific design, cooling of the PC, how long a chip can sustain its boost speed and how many cores.

While HyperThreading does not always present on both Core, it may have or it may don’t have. Hyperthreading is used for increasing performance on multi threaded tasks, multithread happens when the user is running several programs simultaneously. Each core addresses two processing threads at the same time instead of just one in order to perform better.

So, when buying a laptop, especially if you are into speed and power. Look for processors that support HyperThreading.

Laptops that are not gaming machines typically rely on Intel HD or UHD Graphics, also known as integrated graphics-acceleration silicon that is part of the CPU. While high-end systems have their own dedicated graphics chips.

You might also see the rare six- or eight-core Core i7, but that’s usually found with the desktop-only, top-of-the-line Extreme Edition models. If you are into the thought of doing advanced graphics then i7 is best even for gaming.

What is Core i5 processor good for

Well, for most users. Core i5 is the most sensible choice, the latest generations of Core i5s are comparable to previous releases of Core i7 chipsets and with much lower price tag.

Core i5 is a decent processor for everyday tasks and light gaming, they may not be as good as Core i7 in multitasking. But still, Core i5 is sufficient enough for most users, you can still do a lot of computing needs without bottlenecks.

What is Core i7 processor good for

Core i7 is one of the most advanced chipsets and offers greater capability, Core i7 is best suited for multitasking, high-end gaming, multimedia consumption, and heavy usage applications like Adobe’s Creative Suite, etc.

If you are a user who doesn’t mind paying a premium for more power or users who have demanding power usage like AAA video games at high framerates, rendering 3D objects, or video editing. Core i7 would suffice that and more.

Core i5 is considered mid-range and supports dynamic overclocking of the CPU to enhance performance.

While Core i7 falls on high-end which supports both overclocking and hyperthreading on desktop and laptop chips and has a higher overall performance than Core i5 chipset.

Intel’s Core i5 is the best choice for value-minded users who care about performance without breaking the bank, Core i5 suffices most mainstream computing needs and could perform really well, with the right components Core i5s could do more and could even perform heave tasks.

Core i7 is made for high-end users and power enthusiasts, heavy gaming and heavy tasks are just some of the things that Core i7 can do. So if you don’t mind the price, go for Core i7 machines and bring the game on.