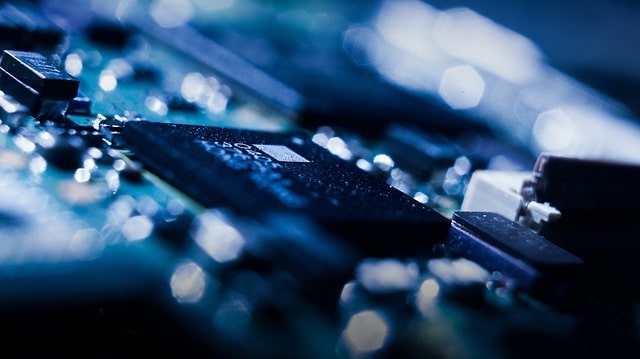 Let us get to know more about the Intel Core series processors, specifically the Core i3 and Core i5. What do they can offer and what processor should you go for based on your computing needs and of course your budget range.

There are different generations of Intel CPU, two 10th generations, a 9th generation, and the 8th generation. Each generation has unique aspects of differences that cause more confusion to its users.

We will give you general knowledge about these CPUs, the oldest is the 8th generation and could have the worst performance and efficiency compared to other generations. The 9th and 10th generations would be faster, but keep in mind that a Core i5 8th gen chip could still beat the 10th gen Core i3 chip.

The 9th and 10th generations would be faster, but keep in mind that a Core i5 8th gen chip could still beat the 10th gen Core i3 chip.

In terms of a desktop computer, the 9th gen is pretty robust. Although, the 8th generation desktop is powerful enough to do higher computing tasks. The new release 10th gen would be a great deal for power-hungry users who need powerful machines for power-hungry tasks.

In the case of laptops, Core i3 processors are perfectly acceptable and could suffice general web browsing and entry-level gaming. The latter generations are faster but the graphics are not that good. The Core i5 is more capable and suffices for heavy editing tasks and they are excellent for gaming because they have greater clocks speed.

Is i3 sufficient for home use?

Core i3 of any generation could suffice entry-level gaming, general web browsing, and any minnow computing tasks which involve everyday home uses. Also, Core i3 is good for people who want a PC that is faster than Atom-powered machines which are pretty slow compared to Core i3.

But, for future proof performance and more threads, the Core i5 would be a better choice. If you can stretch out your budget a little bit, it is more than enough computing power for daily usage and could be good for gaming if you plan to add GPU too.

Is i3 enough for students?

Core i3 is the best budget option and if you are a student it is pretty decent to give you enough power that could suffice basic requirements as a student. But still, depending on your use-cases i3 may be enough or not, for students that don’t require heavy tasks then i3 is enough even if you study programming i3 is good to go. For students that need to do heavy tasks, i3 may not be the best option.

i5 is recommended for students that need much more multitasking and productivity work without getting a laggy performance. There is a great difference in performance in terms of i3 and i5 in regards to CPU and as a student getting the higher processor could be an advantage in the future.

Why go with Core i3

Introduced in 2010, Core i3 had been improved since then through multiple microarchitecture updates. The Core i3 is considered the budget option of the Intel Core series, which is capable enough and can be found on a wide-range laptop offering in the market.

Well, Core i3 is less expensive than those that are embedded with Core i5 processors. Although it is not safe to assume that a laptop or desktop computer’s processor type is simply based on price, the processor construction, and tech specs would greatly affect the overall performance. Some i3 models might be faster than some lower-end i5 processors.

So, go for Core i3 if you are seeking an affordable laptop that could offer superior computing power compared to something like a Notebook or tablet. Core i3 may be the right choice for you.

Why go with Core i5

If you seek greater performance, go for Core i5 or the latter processors. Core i5 was first introduced in 2009 and have undergone a series of improvements since then, Core i5 is generally faster than Core i3 counterparts. This CPU series is better suited for multitasking, content creation, multi-media consumption, and complex computing tasks.

Difference between Core i3 and Core i5 processors

The Core i3 and i5 processor differ on the number of Cores that each contains, most i3 processors have two cores or dual-core, while the i5 processor contains four cores and has support for turbo boost overclocking.

The Core i3 and i5 processor differ on the number of Cores that each contains, most i3 processors have two cores or dual-core, while the i5 processor contains four cores and has support for turbo boost overclocking.

Obviously, a quad-core processor will outperform a dual-core and it is true to almost any case. The computing difference could be noticeable when running memory-intensive software programs, and could barely be seen when performing minor tasks on both processors.

But still, we must consider the following factors below:

Core i5 processors have a larger cache that helps the processor to deal with repetitive tasks faster, your CPU needs to load the framework of tasks faster and to do that a cache will help the processor to instantly get that previous data of your work. Larger cache means better help in your CPU in multitasking, cache plays a big role in switching applications on one window to another.

This is a feature that is built-in in processors, the Turbo boost that refers to Intel’s overclocking feature. The Turbo Boost allows the processor to run faster than its base clock speed when a task only uses one or two cores instead of the four cores the Turbo Boost would allow the used cores to boost its process.

For example, Core i5’s base clock is 1.9GHz but when tasks allow it for Turbo Boost, the processor could dynamically up its clock on cores for up to 2.9GHz. Core i3 doesn’t feature a Turbo Boost.

This process is used to increase performance at multithreaded tasks if you are running multiple programs all at once or doing multi-media operations these types of processes take advantage of Hyper-Threading.

You can find older and newer versions of graphics both on i3 and i5, the current top graphics for i5 is the Iris 6100 that lets you do heavy computing and plays a game on the moderate setting, which of course depends on the game you are playing.

Both Core i3 and Core i5 are Nehalem microarchitecture bases, which means that they both have integrated DDR3 memory controllers and QuickPath Interconnect or PCI express. Older cores feature Front Side Bus but were replaced with Direct Media Interface on newer core releases.

The Core i3 is considered the low-end processor but not as low as compared to Celeron. Although Core i3 doesn’t have a Turbo Boost, all i3 models have an integrated GPU. A Core i3 processor CPU clock rate ranges from 2.933 GHz to 3.2 GHz and has a price tag of $133.

When it comes to how much power this two processor takes, well, Core i3 setups on stress test would consume 89 watts or 95 watts in prime. While the Core i5 pulled 119 watts, that means Core i3 consumes 25% less power than Core i5.

Let’s just say, you have a Core i3 laptop or desktop PC and you want it to be upgraded into Core i5. Well, it is a good move since Core i5 is faster than Core i3 and upgrading is a good way to improve performance. But is it possible to upgrade Core i3 to i5 and even if it is possible is it recommended?

There are several factors that hurdle an upgrade of Core i3 to i5:

The first factor is that the processor may be integrated into the motherboard, which means it is impossible to replace it since the motherboard is not designed to run a Core i5 processor.

Lastly, the motherboard may not be compatible. This means that even if the socket match, there is a very good chance that the processor and motherboard are not compatible and could affect performance.

But don’t lose hope, if the factors above are not your problem then you could probably upgrade your Core i3 to i3. But here’s the catch, you should check everything if there is no compromising issue and that it supports it. There are also necessary steps to take in case you successfully upgrade your Core i3 to i5 like you may need to update your BIOS setting or alter jumper on your motherboard. Which is very hassle.

You might as well keep yourself out of this headache and replace your computer or laptop, by doing so, you can make sure that all is good and there are no bottlenecks which would like to happen when upgrading.

Overall, Core i5 will give you much better performance and value for the price than Core i3. But sometimes, there are instances that Core i3 with better components could be the better option, so check out each system’s performance numbers before placing any orders to make sure you got what you really want and that would suffice your computing needs.