How To Take Screenshots In Windows 10 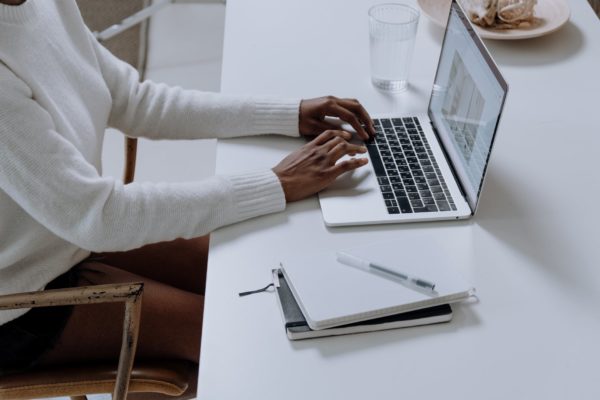 Taking a screenshot is one of the most underrated functions in Windows 10 but one of the most useful. It easily lets you capture a moment in a blink of an eye that might either make or break your day. This article will help you explore different ways on how to take screenshots and how to edit them to your liking.

So now, how do we really take a screenshot in Windows 10? It is actually very simple. All you need to do is just find the Print Screen key on your keyboard and press it. It is now saved in your clipboard and is ready to be used anytime if you want.

This amazing feat can be done quickly and without a sweat. Though, what you want is not something that you can’t see and is stuck in the clipboard. The reason that you took that screenshot is for you to customize it, save it, and then view it anytime. So how would you be able to do that? Here are 5 ways for you to easily take, customize, and then save your screenshot:

5 Ways to Take Screenshots in Windows 10

Whether you are using a laptop or a desktop computer right now, you might want to make sure that you have a keyboard in front of you. If you have one, then congratulations because you will be able to successfully take a screenshot right now with a simple press of a button. It is usually denoted by “PrtSc” or “PrtScSysRq” and is located between the Scroll Lock and F12 key. Press this Print Screen Key and the whole image of your screen is automatically saved in your clipboard. To be able to edit the image saved in your clipboard, follow these steps:

You can now add annotations, remove part of the image, or do any edits you want on your screenshot. Just remember to save the image after editing.

If you don’t want to edit the screenshot and just want to save the whole captured screen in your computer, then you could hold the Windows key and then press the Print Screen key. You will notice that your screen will briefly fade which is the signal that your computer has taken a screenshot. In this way, your screenshot will be automatically saved to This PC > Pictures > Screenshots. From here, you just have to copy or cut, then paste it to your desired location.

Another way is when you only want a specific window to be captured and exclude your computer background, the taskbar, and other opened programs as well. You could simultaneously press the Alt key + Print Screen key and the active window would automatically be captured. But in this way, you will still have to paste it into an image or photo editing software and save it manually.

Snip & Sketch is the default program of Windows 10 to take a screenshot, screengrab, screen capture, or whatever you call it. It allows you to take a partial capture of your screen and readily edit it with its own editing options or tools. Follow the steps below to know how to take a screenshot using Windows 10:

You can also use a keyboard shortcut to streamline and omit step 1 and step 2. To do that, press and hold the Windows key + Shift key + S key. Your screen will dim and your cursor will be turned into a crosshair and that is the signal that you are now on step 3.

Snip & Sketch is a powerful tool to help you do screenshots especially if you only want to capture just a portion of your screen. It has a built-in ruler and protractor that could help you create straight lines or perfect arcs and circles.

Snipping Tool is another software that is already in-built inside Windows 10. It also allows you to take partial screenshots like the Snip & Sketch. The main difference is that the Snipping Tool has different modes of screenshots to choose from – the Free-form Snip, Rectangular Snip, Window Snip, and Full-screen Snip.

If you do not want to stress out yourself and just want to capture a portion of your screen, the Rectangular Snip Mode will do. The steps are pretty much the same with the Snip & Sketch where you will just have to click that “New” option on the left part of the menu bar and then everything will flow out smoothly. Just take note that Snipping Tool has no Ruler or Protractor that is in-built in it so will have to resort to more advanced photo editing software like Microsoft Paint or Adobe Photoshop to be able to do that. If you already have an experience in editing photos, it would just be a sleight of the hand for you. You may also want to check out our article about the best laptops for photo editing.

Techsmith Capture is another software that can be used for taking a screenshot in Windows 10. Unlike Snip & Sketch and Snipping tool, you still have to download this from the internet. Don’t worry, it is free and it has its unique advantage that might suit you well.

One of its advantages is that you could accurately select where on your screen you would want to start taking a screenshot. Your cursor will automatically zoom in for you to exactly pinpoint the starting point. Techsmith Capture also gives you the capability to record a portion of your screen in a video which is quite advanced for a screen capturing software. On top of that, it also has some of the most commonly used symbols in basic photo editings such as an arrow, a rectangle, and even a callout which are all really useful in many situations like making step-by-step instructions.

Game Bar is easily the most advanced software on this list and as the name suggests, it is mostly used in games. Upon getting it for free on Microsoft Store, you can already use it by following the guides below:

You can also make a video recording, or mute and unmute your mic through the Capture widget. But the reason why Game Bar is the most advanced screenshot software in this list is that the Capture widget is just one of the widgets available in it. If you are not a gamer, the widgets that you still can use are the Audio, Gallery, and Performance widgets.

The Audio widget lets you overlay your audio settings on your screen to change it anytime you want. It gives you complete control of the audio settings of all the programs or software that is opened.

The Gallery widget opens the folder location of the captured images and videos. Lastly, the Performance widget gives the capability to monitor your real-time CPU, GPU, and RAM performance. This is really a good feature for gamers.

Some keyboards have literally no Print Screen key, and this is most common in laptops. This is because laptops strive to be more portable and save space, that is why they are omitting some of the keyboard keys.

If you happen to be one of those who doesn’t have a Print Screen key on their keyboard, don’t worry because it is still pretty simple to take a screenshot using your keyboard. To do this, you have to press the Fn key + Windows key + Space Bar simultaneously. This is the same as your normal Print Screen key where the image captured is saved on your clipboard.

Why Can’t I Take A Screenshot in Windows 10?

One of the reasons why you can’t take a screenshot in Windows 10 is because the F-lock key is pressed. The F-lock is similar to the Caps Lock key wherein when pressed, new functions will be attributed to certain keys.

The F-lock key changes the functions of the secondary keyboard keys like the keys from F1 to F12. So, always try to check if your F-lock key is pressed or not because it will save you from trouble.

Taking A Screenshot on Mac

Taking a screenshot on a Mac OS device is different than on a Windows OS device. Nevertheless, it still is pretty easy to pull that off.

To take a screenshot of your whole screen using a Mac device, press Shift key + Command key + 3 key at the same time. You will see a thumbnail in the corner of your screen, click it, then edit the image.

If you just want to take a screenshot of just a portion of your screen, hold the Shift key + Command key + 4 key. A crosshair will appear and then you may select the portion of the screen you want to capture.

You may press and hold the Space Bar while dragging to move the selection and you may press the Escape key to cancel.

Taking A Screenshot On Your Phone

To take a screenshot using an iPhone:

On the other hand, taking a screenshot using an Android phone is only just one step. You just have to press and hold both the power button and the Volume Down button. In both Android and iOS devices, taking a screenshot will make a shutter sound or vibration so you would know if you have successfully captured your screen.