How to take better notes on iPad 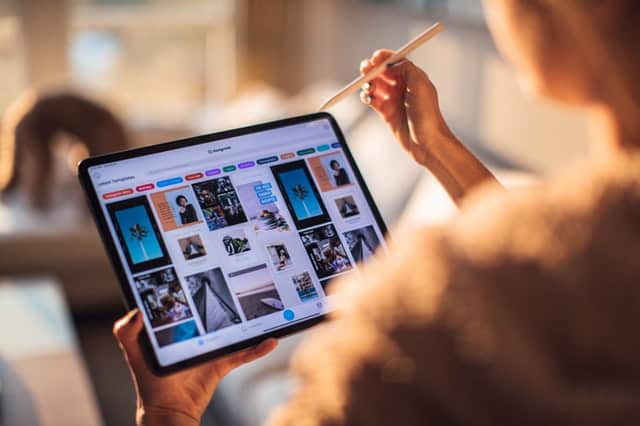 During these days, paper and pen are becoming less needed. Who would use these tools if you have an iPad? The reason is that an iPad is a great companion in work or school due to its versatility of typing a quick note, taking down a handwritten note, adding a photo or sketching your own art.

This adaptable feature makes it a good note-taking tool even if you are writing down equations on a chalkboard or simply making a to-do items list items for a project. But if you are going to get serious about note-taking, you might need one of these apps.

The Notes app that comes with the iPad is simple to overlook, but if you need a basic note-taking application that incorporates the ability to sketch your own notes, add images and perform basic formattings such as bolded text or bulleted lists, then this should do the trick.

The most important benefit of Notes is that it links notes across multiple devices using iCloud. You can even view your Notes at iCloud.com, which means you can also view your notes on your Windows-based PC.

One of the best reasons to use Notes is its ability to use Siri. Simply tell Siri to “Take a Note” and she’ll ask you what you want to say. Notes can also be password locked, and if you are using an iPad that supports Touch ID, you’ll be able to unlock the note with your fingerprint.

Microsoft OneNote is a free application that earns abundant praise for its powerful but easy-to-use interface. OneNote syncs with your Microsoft Account or with an Office365 account, so your notes travel with you anywhere you go by means of your OneDrive storage.

With support for complex notes, images, pencil drawings, and even an Apple Watch app, OneNote’s versatility is unrivaled.

Evernote is a cloud-based note-taking app that has a comparable easy-to-use feel as the Notes app but with some excellent features added on top of it. It organizes all of the essential formatting options you would expect. It also includes tools to sketch out a note or attach an image. Evernote also supports voice memos.

Capturing documents by scanning forms or handwritten notes. Similar to apps that act as a scanner, Evernote can automatically focus, catch a photo and crop the picture so that only the document is presented.

Access all of your documents from any device that can connect to the web. Evernote can be attached to your calendar so that you can place a meeting with the notes you needed. You can also use Evernote to give yourself more advanced reminders than the Reminders app, which is already in your iPad, is capable of making.

What if you demand to go massive on the handwritten notes? Penultimate may be the ultimate handwriting app on the iPad. It is made by Evernote, which indicates that the notes you write with Penultimate will sync and show up in Evernote.

It also has a lot of features, including graph paper, dotted paper, preformatted to-do lists and shopping lists, and even a hangman game. Penultimate can also search through your handwritten notes and recognize words, which is really cool. Unfortunately, it won’t change that handwriting to text for that matter.

Notability can be the best simple note-taking app on the App Store. It doesn’t have some of the task-related features of Evernote such as tying into your calendar, but if your main objective is advanced note-taking, then Notability is the best option for you.

Notability supports the precise annotation of pictures, shapes, or web clips with handwritten notes. A magnifying feature lets you write something in an enlarged view and have it show up in a smaller area on the note, which is great if you are using your index finger instead of a stylus.

You can save your notes to Dropbox or Google Drive which is popular for most users, or you could let iCloud sync your notes across multiple devices.

If you want to convert your handwritten notes into digital text. Notes Plus is the right choice for you. Notes Plus is a very good note-taking tool even if you don’t take into account the handwriting-to-text capabilities. It provides you with a built-in browser that allows you to search for images in Google and then drag-and-them into your note, you can save a copy of your notes to a cloud-based service and export so your notes can be converted to PDF or other formats.

If you don’t need the handwriting-to-text feature, you may also choose to select one of the free alternatives, but if you don’t mind spending a small amount of money and you think you might want the skills to turn your scratches into legible text, Notes Plus is a better option.

Use a Keyboard or No Keyboard at all

When you pair an iPad and a keyboard, it would turn to be like a laptop. Using a keyboard is a personal choice and would depend on your speed to type words per minute on an on-screen keyboard.

However, if you are comfortable using a keyboard, you may want to try Apple’s Magic Keyboard, or if you have an iPad Pro, you can go with Smart Keyboards. These keyboards support various special shortcut keys that include command-c to copy and command-v to paste.

If you combine it with a virtual touchpad, it would really feel like turning the iPad into a laptop.

When you are left with no choice but to use a non-Apple keyboard, you should always put in mind that it supports those special shortcut keys.

The power of Voice Dictation

The iPad is capable of performing voice dictation almost anywhere that the on-screen keyboard appears. A microphone button on the keyboard turns on voice dictation mode, which means you can use your own voice to take notes in about any app you choose, including most apps on this list.

This tool is distinctive from a voice memo, which actually transmits a sound file with your voice note in it. Voice dictation apprehends the words you speak and turns them into digital text.

The thing you should keep in mind is that every note-taking applications help you lessen the effort you give. After all, the success of the iPad means there are a lot of apps available for similar functions, and note-taking is one of them.

Other apps may focus on different areas, such as just text, rich text editing, including images, sketching images, and even integration with other platforms. We think one of those apps mentioned above is the best possible app for most people. You just have to choose what is most suitable and appropriate for you.