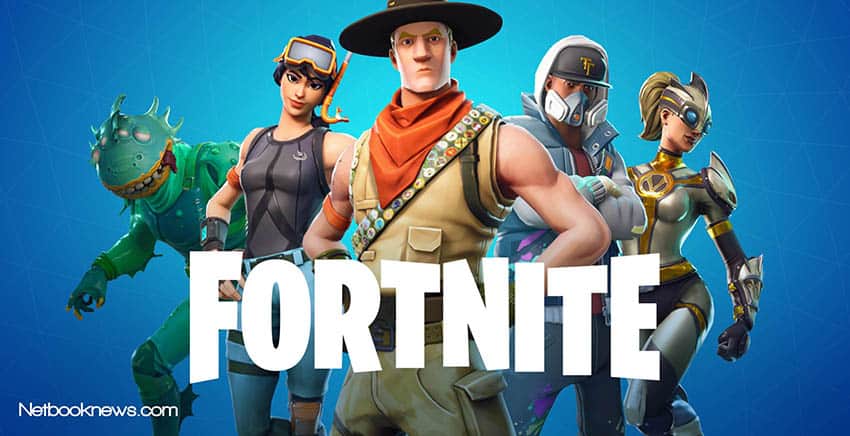 Have you noticed that Fortnite just seems to run like hot flaming garbage on Mac? You definitely aren’t alone, as the Apple crowd is the odd man out with this battle royale experience.

Obviously, Mac is not ideal for Fortnite or most of the games. However, there are ways that you can certainly make the experience better.

To run Fornite better on Mac, make sure you install a clean version of the game. When you play, close down all unnecessary apps and settings. Finally, to make it even smoother experience, boot your Mac in Windows and allocated additional memory to run the games.

This is great advice whether you are running Fortnite on Windows, mobile, or Mac to ensure you’ve got the most memory and CPU cycles available for the game.

Shut down all other applications on your machine before running Fortnite, from chat programs like Discord to any other apps that may be running in the background.

Note that the Epic Games Launcher must actually be kept open at all times, as Fortnite can’t open as a standalone program without that app running in the background.

If Fortnite has been running in Windowed mode, head back to the Video tab in the Settings menu. Click the arrows on the “Window Mode” option until you hit Fullscreen.

While graphics quality plays a major role in overall performance, the sound quality can also lower your frame rate.

You can turn down the audio quality by navigating the Audio tab in the Settings menu, but that’s really a last ditch effort that may cause more problems than it’s worth.

The problem is that lower audio quality hobbles you somewhat and gives the advantage to other players since listening for footsteps is a big part of the overall strategy in Fortnite’s battle royale mode.

Believe it or not, many Fortnite Mac players continue to report terrible frame rates even after going through the troubleshooting steps above.

An unlucky few also manage to get stuck in the loading screen or just get a message that says “busy.” If you’re in that camp, we’ve got a few more workarounds to try out before giving up.

For the infinite loading problem in particular, players have reported success by uninstalling and then reinstalling both the Epic Games Launcher and Fortnite. It’s a long process, but worth a shot if it fixes the issue.

In the File menu, go to Get Info and then select Memory. From there, you can type your maximum amount of RAM in the Preferred Size field and then re-launch Fortnite.

Fortnite’s game engine accepts certain command lines that let you take more advantage of hardware like your CPU. To go about this process, first fuily close out both Fortnite and the Epic Games Launcher.

Choose the gear symbol by the launch option for the Epic Games Launcher and then navigate to Settings. In the Additional Command Line Arguments box, type the phrase “-useallavaliblecores” (without the quotation marks).

From there, close the box, then re-open the Epic Games Launcher and try running Fortnite again to force the program to use all CPU cores at once.

If all of the above troubleshooting failed for you, there is another option you might not have considered — install Windows 10 on your Mac.

This is a big, drastic step that obviously won’t work well on older Mac models that don’t have the specs to fully take advantage of Windows 10, but is an option worth trying when all else fails.

Apple has a full, step-by-step rundown on how to partition your hard drive, create a Windows boot image, and setup a dual boot system using the Boot Camp Assistant. You can find the full support page right here.

After Windows is installed, just restart your Mac and you can choose whether to boot to Windows or to the MacOS.

Once you’ve Windows up and running, head back to the Epic Games website and download the Windows version of the launcher.

Want to just switch to a Windows machine altogether? Fortnite’s system requirements on Windows aren’t that high, so you can get a relatively cheap secondary laptop to run the game.

In particular, we recommend you look at any of our budget gaming laptop choices here.

Try Fortnite On Another Platform

Still can’t get the game to run at a decent frame rate no matter what you try? Don’t forget that Fortnite is also available on Android and iOS devices, so it may just be easier to download the mobile version instead.

While there are in-game purchase options, Fortnite is also completely free to download and play on the Xbox One, Nintendo Switch, or PS4 for any console owners out there. If Mac isn’t your only available option, we strongly recommend playing on another platform.

With the exception of consoles and iOS mobile devices, Epic Games directly handles the Fortnite download and installation process through their website.

Make absolutely sure to only go through the official Epic Games site here to download the installer! There are unscrupulous sites that try to look like the official Fortnite page but are littered with malware ads.

After downloading the installer, make sure your Mac actually meets the minimum system requirements to run Fortnite:

Beyond those hardware requirements, it’s important to note that Fortnite is only supported on Mac computers capable of utilizing the Metal API.

The general rule of thumb is that MacBooks released in 2015 or MacBook Air or Pro models released in 2012 or later should run the Metal API. Not sure if your Mac supports that particular graphics technology? You can find out for sure via Apple’s support page here.

Best Settings For Fortnite On Mac

Even if you meet the minimum requirements, you may still not get a satisfying gameplay experience.

Sound may lag, making you think gunshots are coming from a different direction, or you may be very noticeable visual stutters — which is a death sentence in a fast paced battle royale game.

If you have either of those problems, your best bet is set the overall graphics quality to “Low” by accessing the Settings screen and then choosing the Video tab.

You may find that reduces the graphics to a level that aren’t really worth playing, however. In that case, you can  manually change each of these settings to Low one by one until you hit a stable frame rate:

For the best overall Fortnite performance settings, be sure to also set these two options to “OFF” in the Video tab:

..you still get significant lag even after reducing all the main graphics options, there are a few other tweaks to get better performance on a Mac..

Unfortunately, you may still get significant lag even after reducing all the main graphics options, but don’t worry — there are a few other tweaks to get better performance on a Mac.

how to increase fps in fortnite On Mac

While Fortnite was obviously originally intended for Windows and console environments, Mac users aren’t left totally in the lurch. With a little effort, you can get maximum FPS by utilizing any of these methods:

Have you found any other troubleshooting methods to get a better Fortnite experience on Mac? Let us know in the comments below and we’ll test out your tip!