How To Connect Laptop To TV 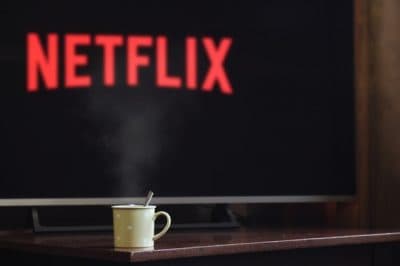 Laptop to TV cable connections are not rocket science. They’re easy and simple. All you need is the proper cable and a few adjustments to your laptop settings.

The first step is to inspect both your laptop and TV and identify the connections, easily located on the back of either component. There are five basic types of jacks, or ports involved:

*An RCA connector, sometimes called a phono connector, is used for analog audio and video components. Three round, colored sockets are standard — left audio is white, right audio is red, and composite video is yellow. These are standard jacks on older TV’s and laptops. A three-prong cable, readily available at any computer or electronics, is the easiest way to make an RCA laptop to TV connection.

*S-Video, or Super-Video, a more advanced analog video connector, uses a four-prong round plug, like those used in TV cable installations. Separate audio cables are the same as for the RCA connector, left audio/white, and right audio/red. S-Video is commonly found on older TV sets and some laptops.

With S-Video on both TV and laptop, connecting a laptop to a TV is a simple matter of a single S-Video cable. If your laptop has a great sound system, you won’t need audio cables, but for better quality you’ll also want audio cables.

RCA to S-Video cable, a special laptop to TV cable, is available when you have RCA jacks on one device and an S-Video port on the other.

*A VGA connector and cable are used to carry analog video signals plus display and graphics data. The VGA is a 15-pin connector commonly found on laptops and other devices. With this port you need a PC-to-TV Convertor to connect laptop to TV. You simply plug the VGA cable from the source into the convertor, and use an S-Video or RCA cable out to the TV. The converter is USB powered, so there’s no external power adapter to carry around, making this laptop to TV connection entirely portable.

*A DVI port is rectangular with 24 pins arranged in three horizontal rows of eight pins for digital video; separate RCA analog audio cables fit into white and red plugs. DVI ports are found on Macintosh laptops; sometimes they are smaller than normal DVI ports and require an adapter, which usually comes with the laptop.

*The HDMI port, one-half the size of the DVI port, is also rectangular with 19 pins. It provides digital audio in addition to digital video, despite it’s smaller size, for a complete TV to laptop connection. These ports are found on new HDTVs, and sometimes there are two or more. TVs with HDMI ports are the only ones that do not require additional audio cables.

TV’s with a single digital port labeled HDMI/DVI require only one cable when the source is another HDMI component. But when source is a DVI laptop, you need a DVI-to-HDMI cable for the video and a separate pair of RCA analog stereo cables.

NOTE: Whenever ports do not match, you can by adaptors and/or cables to make any connection.

The second factor in a laptop to TV connection is proper tuning. If the screen resolution and aspect ratio of your TV screen and computer are not the same, the TV picture will be distorted. This is important whether the screen is LCD (Liquid Crystal Display), CRT (Cathode Ray Tube), or non-LCD flat-screen.

The screen aspect ratio is a monitor’s proportion of width to height. Prior to 2003, most computer monitors had a screen ratio of 4:3, the same as standard TVs. Since then, ratios of 16:10 have become common, especially in laptops. HDTV has a ratio of 16:19; and motion pictures and still photography have even different ratios. One common example of a screen-ratio problem is when wide-screen video is shown on a standard screen. The result is undesirable letter-boxing, with black bars filling the screen at top and bottom.

Similarly, screen resolution varies between monitors. Resolution is measured in number of pixels across and down. Laptop LCD screens range from 1024 x 768 to 1920 x 1200 pixels, for a 15- or 17″ screen. HDTVs and wide-screen TVs have pixel resolutions varying from 1920 x 1080 to 1366 x 768. Unless your laptop screen and TV screen are the same size, adjustments have to be made to pixel ratio to ensure the best connection from TV to laptop.

Make sure both screen aspect ratio and pixel resolution of TV and laptop are compatible. You can adjust both picture ratio and resolution with the Display Settings on the Control Panel of a PC laptop. Mac laptops automatically adjust settings for screen resolutions and ratios; if necessary, the adjustments can be tweaked in System Preferences. Your laptop user’s manual and manufacturer’s Web site provide information on settings and options for video output.

These few guidelines are the basics for making the right connections that result in clear, non-distorted video from laptop to TV. Whether downloading a motion-picture, streaming video, or playing a DVD, the convenience of a laptop and the luxury of a larger screen are easily attained.

Building his first desktop at the age of 10, start coding at 14 years old, Kenny knows a thing or two when it comes to finding a good laptop and he aims to share everything he knows. Current go-to laptop: Apple Macbook Air 2019.