Can You Buy a Future-Proof Ultrabook for 10 Years? 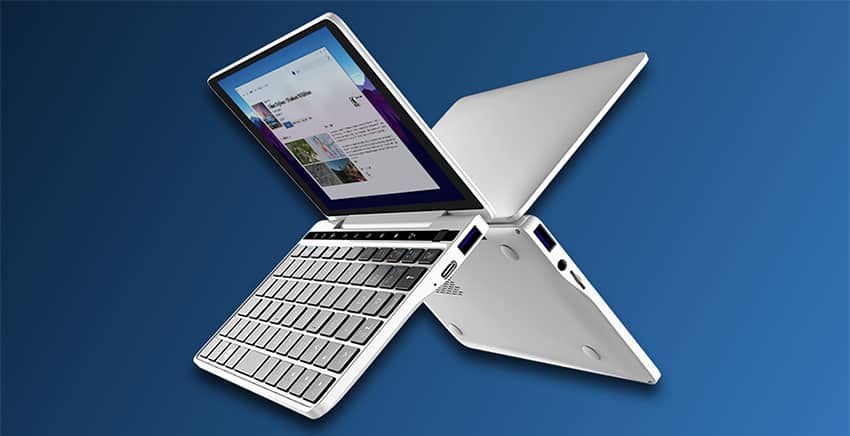 If you’re thinking about purchasing a new ultrabook – how do you know for how long it could last? Is it a year or two, or is it maybe five years?

How about if your ultrabook was able to last up to 10 years, would you then think that its price is well justified?

In this article, we have explained everything you need to know before purchasing an ultrabook. If you follow the guide listed down below – chances are you will easily find an ultrabook that will serve you well for 10 years straight!

How To Lower Temperature For Your Ultrabooks

What Makes an Ultrabook Future-Proof in the Long-Term?

Finding a laptop that can last for 10 years straight is almost impossible since laptops simply break down whether it’s due to firmware or hardware.

However, if you consider this way ahead before making your next ultrabook purchase – you will be able to make a better decision by including this factor.

That’s why the first step to finding a future-proof ultrabook is scoring laptops by the repairability “score”. This basically means how well will you be able to fix up and patch your laptop if something breaks.

The two main parts of this scoring process are listed down below and they are upgradeable and replaceable parts.

Would you rather invest more money in a laptop that is less upgradeable or you would play the long game and go for a lower-spec laptop (if needed) but have higher upgradeability?

We are a big fan of laptops that feature an easy-to-open design so you know you will be able to open the laptop after the warranty runs out and make any additional changes.

Switching HDD for an SSD and boosting RAM can increase the laptop’s speed a lot more than you can imagine.

Let’s face it – no laptop has a battery that can last for 10 years. That’s one of the things you will have to replace along the way if you plan to use the same laptop for the next decade.

Older laptops were heaven for replacing parts since everything was made to be swapped out. Even though it can be a bit harder to find an ultrabook that’s very customizable (when it comes down to hardware) – it’s not impossible!

The battery is just one of the components you will have to replace along the way, but you should also prepare for replacing some crucial components as well (such as the processor).

No matter how pretty or lightweight an ultrabook is – it’s what’s inside that matters. Components (known as hardware) are one of the main factors that will determine how well will your ultrabook perform, how long will the battery last, and what tasks you will be able to handle.

We highly recommend finding an ultrabook with a strong processor. This is something you will hardly want to replace.

But what you can always replace instead is the RAM and storage.

Therefore, make sure your focus is one the right hardware configuration. But keep in mind, when we say hardware – we don’t only address the components. We also address the laptop’s screen, keyboard, design, and other factors you won’t be able to change along the way.

However, we believe that you should go for a laptop that matches both your needs in physical appearance and hardware configuration.

Hardware configuration will also depend on the way you use your laptop – however, if you plan to use your ultrabook for a decade, it’s never a bad idea to invest that extra bit into the laptop so you know you are on the safe side.

As much as hardware is important when finding an ultrabook that can last the longest – software support is as important.

You will want to rest assured that the brand (manufacturer) will release updates for your laptop at least for the next 5 years.

This means that you will be able to receive firmware and software updates. Brands that load the ultrabooks with plenty of their official software are a good choice – however, you should still look into the brands’ support system.

For how long does a brand support their laptops until they become “outdated”? Even if your new ultrabook can withstand the hardware updates in the next 10 years – you want the software to keep up.

However, this is something that will give you the least trouble. Most known laptop brands offer great & long support for their laptops so there’s nothing to worry about.

Have a look at some of the best laptops from 10 years ago. Are they still in use? What is their resell price like?

Apple MacBook Pro (Late 2011) is a great example of a laptop that is 9 years old and is still extremely popular among users. It was only until recently Apple cut its support – but it still uses a fresh version of one of the latest OS’s.

This is a great example of a brand that puts a lot of effort & work into a laptop that is very easy to modify & prolong its lifespan.

Finding a laptop manufacturer who doesn’t put out a lot of laptop models on the market yet ensures that the few models they put out per year have the best hardware, software, and support throughout the years is important.

This will ensure that you still receive software & firmware updates even years after the model has been manufactured & sold.

After all, some of the best laptops are known to be available in the stores for at least a couple of years – which is another great sign.

What Users Should Expect From a 10-Year-Proof Ultrabook?

So in the end – what should you expect from a 10-year-proof ultrabook?

Here’s a list that will help you know exactly what to look out for so you have nothing to worry about for the next decade.

And what will you get in return?

You will get an ultrabook that could serve you on a daily basis and even handle demanding tasks for a long time. And with your efforts of keeping it as healthy as possible, a couple of upgrades or replacements here and there – you will be able to have an ultrabook that will last for a decade.

Is it possible to find an ultrabook that will last for 10 years?

Yes, it is possible! However, it wouldn’t be possible without considering a couple of important aspects listed in this article.

Depending on the quality of the ultrabook – some could last even longer than 10 years. However, we shouldn’t push it that far.

10 years is already a big thing, and with the help of this article – you will be able to celebrate this mark with your next ultrabook. And when this happens, don’t forget to check-in and brag!