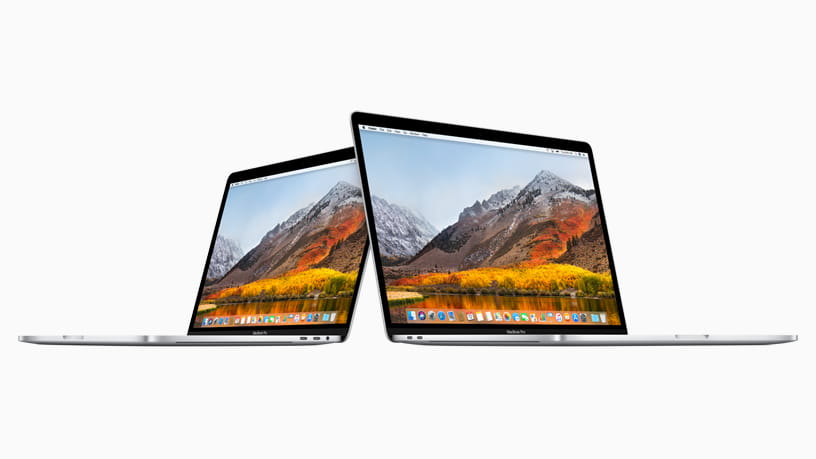 There’s been this big debate in the tech community and this is about answering the question, “ Which is better? A 13 or 15-inch laptop?“ Well, the answer to that varies and it depends on person to person.

But to help you out we wrote this article which contains  9 things to consider when choosing either 13 or a 15-inch laptop. Hopefully, after reading this article, you’ll have a better understanding of the various advantages and disadvantages of 13 and 15-inch laptops.

There’s a reason why you are given a choice in the first place. Neither one of them are superior in every way when compared to one another’s. 13-inch laptops bring something new to the table and have their own set of features, the same can be said for 15-inch laptops as well.

With this being said, it still means that there are things that 13-inch laptops do better than 15-inch laptops and vice versa. You should choose based on what you like or need more in a laptop.

When it comes to portability, 13-inch laptops are definitely better than 15-inch laptops thanks to their smaller frame and lighter weights. They are also generally cheaper than their 15-inch counterparts which also makes them good choices when you’re on a budget.

Now if you’re looking for power and better specs, a high-end 15-inch laptop is usually better. Their larger size allows them to hold better and more powerful hardware giving them better specs in turn.

So which do you prefer: portability or power?

What to consider when choosing between 13 and 15-inch laptop

Even though we now have a general idea of what to expect from a 13 and 15-inch laptop, it isn’t the whole picture. If you want to know which one is the best for you, then you need to take the finer things into consideration.

I’m talking about the laptops:

One of the most important things to consider when buying either a 13 or a 15-inch laptop is the CPU and this isn’t just limited to 13 and 15-inch laptops but for every computer in general.

This is because the CPU is like the brain of the computer. The more powerful the CPU, the easier it will be able to run applications and programs.

We highly recommend getting at least an i5 or Ryzen 5 CPU since they are the perfect balance between a good price and good power. Now if you want the best performance then get an i7 or an i9 CPU (or their Ryzen equivalent).

Sadly it’s harder for 13-inch laptops to achieve this power since they are very limited in space. A 15-inch laptop on the other hand will usually have an i7 or even an i9 CPU since they can afford it with their size.

Because of this 15 inch laptops tend to have better CPUs than their 13-inch counterparts. So if you want better processing power and speeds, you’re better off getting a 15-inch laptop.

Your laptop’s GPU will determine how well it can render graphics. A good GPU is very helpful in handling media files for video editing and for playing games. It is highly recommended that you use a dedicated GPU since they are more powerful in general.

And just like with the CPU, space is also very important for a GPU which also means that 13-inch laptops get the shorter end of the stick here. Most 13 inch laptops don’t have a dedicated graphics card since it isn’t very space-efficient.

So if you want better graphics, get a 15-inch laptop.

One of the major reasons why people choose to buy laptops over desktops is because of their portability. You can carry your laptop anywhere making them more convenient choices.

The problem here is that 15-inch laptops may be more portable than a desktop but some people find them hard to carry around anyway. This is because for some people their size can be off-putting since you’ll need bigger bags to carry them and they’re usually heavier, weighing an average of 5 pounds.

Thankfully this isn’t much of a problem with 13-inch laptops since their smaller frame makes them easier to hold on to and since they’re smaller they usually fit in most bags. Of course, this also means that they are lighter as well.

On average, a 13-inch laptop weighs almost half of a 15-inch laptop falling at a range of about 2 to 3 pounds. That’s extremely light and it won’t cause much strain in the back when you’re carrying them.

This makes 13-inch laptops better options for traveling or for simply moving around with which is both perfect for travelers and students. In short, if you want a more portable option, then get a 13-inch laptop.

Although 15-inch laptops still have the space advantage here, since they’ll have more room to store those SSDs and HDDs. However, the difference is negligible that it doesn’t matter that much.

if you prefer a lot of storage space, then get a 15-inch laptop however if you’re only looking for storage below 1 TB, you can also consider buying a 13-inch laptop.

Your laptop’s ports allow them to connect to multiple peripherals which can come very handy if you’re the type to multi-task. The more ports your laptop has the more devices it can connect to which gives the 15-inch laptop a huge advantage here.

Thankfully it isn’t that big of a difference since they usually just add 1 or 2 more ports. So the 15-inch laptop wins here but only in a small margin.

Screen size or display size does matter and one of the biggest differences between a 13-inch laptop and a 15-inch laptop is the size of their displays. Portability comes at a price and that price is making the laptop much harder to use especially if you have bad eyes.

A smaller display makes it harder to see what’s going on the screen which makes 15-inch laptops that have a larger screen better when it comes to watching movies, editing photos or videos, and playing video games.

All these 3 activities require good visibility and sadly, your average 13-inch laptop can’t compare when it comes to the larger screen of the 15-inch laptop.

Now they may be able to have better displays by having a better resolution, however, a full HD or a 4K resolution in a 13-inch laptop still doesn’t compare to a  larger laptop with a 15.6-inch screen that has the same quality of resolution.

The real answer is that it depends because battery life is affected by multiple factors. Although it’s true that 15-inch laptops have a bigger battery capacity than their 13-inch counterparts, they also have larger consumption thanks to their larger screen and more powerful specs.

In the end, the battery life between a 13 and 15-inch laptop cannot be generalized and assumed since it varies from laptop to laptop and the type of hardware they are using. So it’s a tie here for both the 13 inches and 15-inch laptop.

The keyboard is one of the most overlooked things when it comes to comparing 13 inch and 15-inch laptops but it’s very important especially if you plan to use the laptop for work.

Although this varies from person to person, it’s generally easier to type with a larger keyboard, and a laptop that has a bigger frame will tend to have a bigger keyboard in general.

However, the quality of the keyboard and how easy it is to use is subjective and it really depends on the person using the laptop in the first place.

So if you find it easier to type on a smaller keyboard, then a 13-inch laptop can be a good choice. But if you like a keyboard with more space to stretch your hands, then a 15-inch laptop is a better option.

When choosing between a 13 inch and 15-inch laptop, it’s important to ask yourself this, “How Big is My Budget?”

This is because 13-inch laptops are generally cheaper than their 15-inch counterparts. The reason for this is the difference in hardware. 15-inch laptops have more powerful specs and larger displays which costs more.

So if you don’t have much money to work with, then it’s a good idea to consider getting a much cheaper 13-inch laptop.

13 inch and 15-inch laptops both have their pros and cons that you should take note of. It’s up to the buyer on how they will take advantage of those pros and make up for the cons of the product they are about to buy. And this ultimately depends on how you’ll use it In order to pick the best laptop size for you, you need to understand its purpose.

Are you going to use this laptop for work? Do you travel a lot? Do you plan to use this laptop to play games?  Having a concrete answer to these questions and referencing them on the list above will give a better idea of whether to use a cheap but more portable 13-inch laptop or a more powerful yet heavy 15-inch laptop.

In the end, it’s up to you and we hope that this guide helps you in many ways. Feel free to leave a comment down below if this article has helped you out.