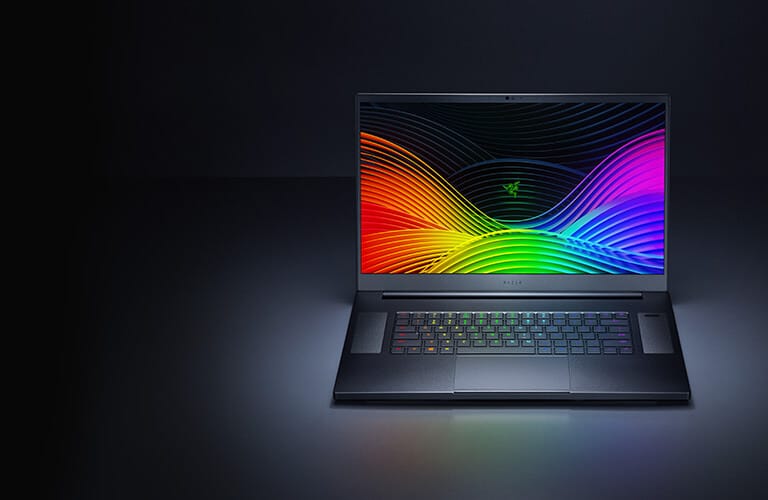 Razer’s famous three-headed snake is one of the most recognized logos in the gaming industry, the moment you see its logo you unconsciously linked it to gaming and there is an explanation for that.

Razer’s main target is gamers, from gaming laptops to any other device that is used for gaming. Razer is so active in the gaming industry that they even plunged into esports and that makes sense because gamers are there.

Razer has built the world’s largest gamer-focused ecosystem including hardware, software, and services with a fan base that spans in every continent.

Among other laptop brands, Razer laptops are not cheap and the reason for that is it is built with quality and packed with power, though Razer launched laptops at more affordable prices in an effort to serve a budget-friendly machine for shoppers, they are not there yet but if the company keeps up the momentum the don’t be surprised to see cheaper gaming laptops that have three-headed snake logo on it.

Razer laptops are produced by Razer Inc. a global gaming hardware manufacturing company, Razer is also active in esports and provides financial services. Razer Inc. was established by Min-Liang tan and Robert Krakoff and is currently headquartered in Irvine, California.

Razer targets are generally gamers, Razer has quite an ecosystem of products they offer gaming laptops, gaming tablets, and PC peripherals such as mice, audio services, keyboards, mouse mats, and gamepads and they are built with quality and style.

Innovative Design: Razer’s innovation on its design still triumphs up to this day, you can cay that they seriously take every design of laptops they release.

Accurate Tech Support: Razer’s laptops are pretty expensive but the tech support that would help in case of trouble is quite impressive and they know what to say and what to do for every concern you have.

Top Choice for gaming laptop: When it comes to gaming, Razer’s laptops are a top choice for gamers.

Created the Smallest Gaming Laptop: Razer unveils the smallest gaming laptop the Razer Blade 15 that has a height of 0.70” and weighs 4.6 lbs only while still packed with powerful configurations.

High Priced: Although Razer’s laptops are quite impressive, the price that comes with it is not cheap.

Limited Variety of Laptops: Razer focuses only on gaming and not other variety of laptops to offer with, only if Razer offers more variety and budget-friendly laptops then budget-conscious buyers may go for Razer.

Razer’s laptops are the best when it comes to gaming and other high performing tasks, it has a durable and gorgeous design, vivid displays which makes razer’s laptops a top choice for gamers. But here’s the catch, you will need to have some serious money to afford one of these machines.

Razer’s laptops are the best when it comes to gaming and other high performing tasks, it has a durable and gorgeous design, vivid displays which makes razer’s laptops a top choice for gamers.

If you like to have an all-around performing laptop, Razer got some serious rigs that could do that but with a high price tag. The Blade Stealth laptop that is fitted with a discrete GPU is the first ultrabook capable of playing modern games with sleek, portable chassis and a lot of juice that could go nearly for a day, who doesn’t want that?

In terms of laptop quality, Razer got some reputation for it and no one can deny that fact. They may be pretty expensive but you got quality and powerful gaming machines that would suffice your gaming needs.

Razer ditched those rounded curves and chose to go for a boxy shape, and the color option is the biggest improvement like the Razer Blade 15 that is now available in a stunning Mercury white frame and the Blade stealth in Quartz pink.

Razer evolved its design and focusing more on having the lightest, slimmest gaming laptop on the market and the Razer Blade 15 proved that and is now called the world’s smallest gaming laptop without compromising any power.

The improving design of Razer’s laptop scored 26/30 rating, the improvements they have made for the past years are now paying off and you can see that in Razer’s new gaming laptop releases.

Razer’s tech supports are knowledgeable and polite, they know their product very well. Razer’s RazerCare extends the coverage so you can enjoy Razer gear without worry, you can purchase it concurrently with your product or separately, the plan includes Razer products that have been bought for 11 months, it includes 24-hour claim support, two-way shipping for repairs, replacement with a new unit for peripherals, and free transfer of the plan to the new owner.

While each Razer laptop comes with a standard one-year warranty, Razer doesn’t void their warranty if you decide to upgrade your laptop’s storage or memory which is pretty convenient. Just don’t damage any components in the process or you would shoulder the cost if you don’t have RazerCare.

All in all, Razer’s support and warranty are superb which is expected from this brand that offers expensive machines. They got a 27/30 score rating for that.

When it comes to innovation, Razer has its reputation for the sleekest gaming laptop around. In the past years, their innovation is focused on the build and nothing on other aspect but still Razer is doing a great job.

Razer laptops stand out in the market because of how they innovate their products, it is designed in a way it’s portable and has a good power backup, so when it comes to gaming laptop Razer has absolutely nailed it.

The top-rated products of Razer are the Razer Blade that is known for its sleek design and it is highly compatible with VR, next is the Razer Blade Pro that has powerful features and aesthetically appealing design that would call some attention, the premium Ultrabook that is endowed with advanced features that could take on not just gaming but for all computer-related needs.

Razer got a 6/10 score rating on innovation, while they have innovative features and design. It has been a few years and there are no major changes on both, however, it is still banging on the market.

Razer doesn’t have a wide selection of laptops because they tend to focus on the gaming niche, but every laptop they release has notable features that would pique your interest. Though there are no cheaper offerings, Razer got some quality laptops in the market.

Razer doesn’t have a wide selection of laptops because they tend to focus on the gaming niche, but every laptop they release has notable features that would pique your interest.

Razer has a laptop that is dubbed as the ultimate gaming desktop replacement, the Razer Blade Pro 17, this laptop is great for gamers who want serious power on performance. It features a large 17.3-inches display, it is compact and portable at the same time that weighs only 6.06 pounds and measures 0.88 inches. Powered by 9th generation Intel Core i7 processor and 16GB of DDR4 RAM and you can have your choice between 3 GPUs, GeForce RTX 2060, RTX 2070 Max-Q, or RTX 2080 Max-Q for $2799 price tag.

If you want a cheaper option, the Razer Blade 15 strikes a better balance between price and portability. The latest 2020 version models are improved which gives you a bit more for your bucks. Power by 10th generation Intel Core i7 processor, 16GB of RAM and still you can choose between three GPUs mentioned above. The base model starts at $1699, a little more friendly.

There is a cheaper option and more portable too, the Razer Blade Stealth 13 that has been the favorite among gamers. It is only 0.60 inches thick and only weighs 3.11-3.26 lbs, while it is portable enough it houses a powerful Intel Core i7 processor, 16GB of RAM a powerful NVIDIA GeForce 1650 Ti GPU for a $1799 price tag.

The list goes on but those three choices are far the greatest Razer laptops you could buy, they may be expensive but the quality and specs are pretty convincing, for these, we give Razer an 18/30 score rating, they may have quality laptops but they only have a limited selection.

Razer has stayed true to its roots and stayed on gaming and has been producing quality gaming laptops, the only thing that razer lacks is the selection of budget-friendly laptops. All in all, Razer is a reputable brand in the gaming industry and would be in many more years, the moment Razer offers more selection and cheap laptops, we are pretty sure they would climb to the ranking even more.

Are Razer laptops worth buying for?

Razer laptops are pretty solid and sleek, while others may say it is overpriced, others would say it is worth the price. Well, the truth is everyone has different needs and preferences when it comes to what is worth it and what doesn’t.

While Razer has laptops for every gaming needs, what is worth depends on what you need and what you are willing to pay for it.