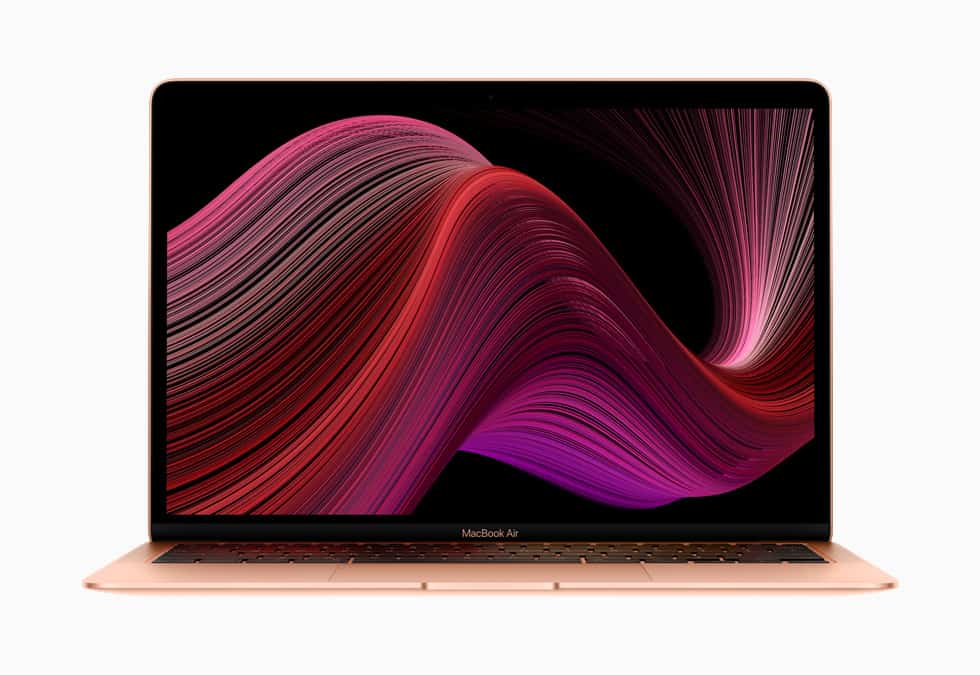 Apple laptops, we incorporate this brand to luxury when it comes to laptops, computers, tablets, smartphones, and music players. Unlike any other brands, Apple has its own OS which makes this brand more reliable than others in terms of OS security and they claim that their OS is error-free.

When you go for Apple laptops you know what to expect, a fantastic screen, solid battery life, and a beautiful chassis with thin bezels. Although they tend to be more expensive than other competing brands even if sometimes the hardware doesn’t always quite measure up.

Apple Macbook is known for its superb customer support, build quality, user-friendly, design, power, and display. Apple’s logo on the back of their laptops had been their trademark which makes it one of the best things to show off and most of their products last for a very long time, thanks to its compact and quality build.

Apple MacBook’s keyboard has been the main issue for the past year and few MacBooks are not groundbreaking as it was released for the first time because there is no new innovation that comes with it. While Apple released a new version of MacBook Air that brings the most awaited features to its mainstream consumer, Apple still sells the outdated 13-inch MacBook Pro.

This brand had shortcomings just like others but Apple sells great products, like the MacBook Pro 15 inch that is powered by a super-fast SSD which is a great choice in spite of its expensive price. Well, you get workstation-class productivity in a very portable way, the MacBook Pro offers a sleek chassis, vivid display and a lot of juice to offer.

Well, Apple laptops are absolutely good laptops and we can all agree that they are sturdy and sleek which is one of their greatest strengths aside from its power. But the thing is, Apple’s design has gotten stale over the years with minimal innovations to its design to none at all in their recent laptop releases.

We can say that indeed Apple had gotten too comfortable in the design area.

Though Apple trimmed its laptops to cut off a few ounces and inches, like the Apple MacBook Air 2018 edition there are no noticeable changes at all. If you look at the MacBook Pro 2013 edition it has not changed at all and the color option is still Space Gray and Silver while other brands offer laptops in white, rose gold, dabbling blue, etc.

There is a term “MacBook clone” while it is true that their laptop designs are stale, the iconic Apple look is still being copied by other laptop manufacturers. The stale but still rocking design of Apple’s laptop gives them a 20/30 score rating, and would have been higher if they made some drastic changes in the design factor.

Apple’s customer support is one of the brand’s assets, they have amazingly friendly and knowledgeable support, providing prompt accurate answers. Apple had a year warranty for its hardware and 90 days of phone support which is extendable for three years. You just need to add $250 for MacBook Air and MacBook 12 inch, $270 for MacBook Pro 13 inch, and $380 for MacBook Pro 15 inch.

Your Apple laptop wasn’t cheap and getting it repaired probably won’t be cheap either, Apple’s one year warranty includes manufacturing defect and protection against accidental damage and if you extend its original warranty you will enjoy longer free tech support or you can purchase AppleCare+.

The good thing about Apple’s AppleCare+ is that even if you did not buy your device directly from Apple you can back it up, you just need to go online and they will walk you through the process. Even the refurbished items of Apple could be covered by Applecare+ and AppleCare+ is transferable if ever you decided to sell your Apple laptop.

Overall, Apple’s warranty and support are superb which makes it superior to other brands on the market. This gives them a 29/30 score rating, the highest we have given on this brand rating among other brands.

Apple was widely considered as the number 1 innovative company in the world, Apple company created game-changing innovations with great software and fabulous hardware in great packaging.

Apple has repeatedly demonstrated its innovation management with its user-friendliness and design, gorgeous ergonomics make Apple products effortless to use.

But as time goes by, Apple’s innovation has been stuck and we can’t really find new innovations in its design. The way Apple laptops look on its first release is still the same with small changes to none on their new releases which is really not good for Apple’s number one innovative company reputation.

Apple has a small selection of laptops and the starting price is expensive and it gets more pricey if you go for more premium. The most affordable premium laptop of Apple is the MacBook Air that starts at $1000, powered with a Core i5 Y-series chip, 8GB of RAM, and a 128Gb of SSD.

The best MacBook for the most shopper is the MacBook Pro for $1300, pricer than the $1000 Macbook Air, but the upgrade on the processor is notable and it has a longer battery life, but the MacBook Air 2020 edition has an improve magic keyboard with scissor switches and if you need more power, the MacBook Pro 16 inch is a good choice.

Apple just releases the MacBook Pro 16 inch, 2019 model that starts at $2399 and had some improvements like the vastly improved keyboard, thinner bezels, superb speakers, and AMD Navi graphics cards or you could opt for Apple MacBook Pro 13 inch 2020 model, you get a very capable machine with a spacious screen and powerful processor for $1250.

In the past few years, Apple has streamlined its laptop offering so there are only four new models to choose from and two of them are almost identical. The two MacBook Air models are powered by 10th-generation Intel Core processors and 8GB of RAM, while all MacBook Air models are integrated with Intel Iris Plus Graphics technology and 11 hours of battery life as they claim. Apple’s laptops prices are affected by its storage option, the $1000 model has 256GB of flash storage, while the $1300 model is backed by 256GB.

The thing about Apple’s value and selection is that their mid-range laptops are way more expensive than others and there are very few to choose from. If you have plenty of cash for your laptop buying then Apple laptops are quite the option for its power and sturdiness.

Though Apple laptops are powerful and all, we give them a 15/30 score rating on value and selection for the reason they have a small selection of those machines.

Apple scored 69/100, overall Apple is a pretty good brand that produces powerful laptops. The category that Apple tops is the warranty and support and it is quite fair, their warranty and support are superb. The dragging category is innovation and value selection. Apple needs to innovate more on their next release and offer more laptop selection, better if they can offer affordable laptops in the future.

Apple laptops are produced by Apple Inc. an American multinational technology company headquartered in Cupertino, California. It is considered one of the big five companies, alongside Microsoft, Amazon, Google, and Facebook.

Apple Inc. offers more than laptops, like iPhone smartphones, iPad tablet computers, iPod portable media players, Apple Watch smartwatch, Apple TV digital media player, AirPods wireless earbuds, and the HomePod smart speaker. Their products are quite diverse and they have the best device of an ecosystem and they produce powerful laptops, though they are expensive.

How Much Do Apple Laptops Cost

Apple laptops are known to be expensive and there is a reason for that, the cheapest laptop Apple offers is the MacBook Air with price ranges from $899 to $999 which was quietly released on public, while the MacBook Pro series starts at $1299 and could go up to $1799 depending on the upgrades and if you want the absolute best MacBook Pro with maxed out everything the price could go as high as $6699 or you can go with $3200 4TB drive base option.

Though Apple laptops are pretty expensive, it is really up to your use-cases and budget. If money is not the issue then go for premiums, they are worth it. If you are tight in budget, consider the MacBook Air models that are less than $1000 and can still yield powerful performance.

Should you buy an Apple Laptop if you have the money?

Apple laptops are expensive compared to other competing brands, but many would prefer Apple than other competing brands, saying that you get what you pay for. While it is true that the Windows counterpart of Apple had many issues on its operating system’s vulnerability, Apple had its own operating system and suite of apps that are tailor-made and optimized for the Mac.

Another value that adds up to Apple is that Apple laptops will last for a long time, and if it breaks, you know exactly where to take it. Other Mac users said that their machines have been working for 10 years without major issues and are still supported by Apple’s new version of macOS. If something happens to your Apple laptop, whether software issues which are very rare or hardware problems, the Apple store would take care of it for you which is another big selling point for Apple laptops.

Before you buy an Apple laptop, you should be aware that every model had its own shortcomings like the MacBook Pro 16 inch doesn’t have improvements aside from its craze high price and the MacBooks Air limitation is performance, although the laptop should be fine for general usage, it cannot suffice more power for heavy use.

So, should you buy an Apple laptop? If you value quality over price then Apple laptops are quite the machine for you.