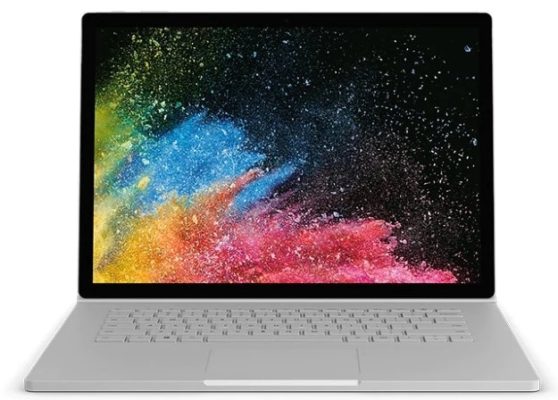 A powerful and premium laptop that’s a good alternative for a desktop and can be converted into a tablet. 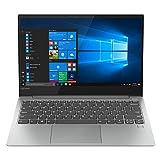 Microsoft Surface Book 2
If you’re in the market for a premium laptop that is powerful enough to replace your desktop and perform a variety of tasks easily, Microsoft Surface Book 2 is your choice. This 2-in-1 laptop has the power and specs to do any kind of work, including editing, as well as be used for playing the latest PC games. It is a bit pricey and there’s no option for adding more RAM, but these are minor issues that don’t overshadow what this device can do.
CHECK PRICE

One of the best 2-in-1 laptops in the market with powerful processors and graphics. This is a flexible 15” model that can easily handle the daily workload, the latest PC games, and even video editing and encoding without draining too much battery life.

It is an expensive laptop that doesn’t even include the Surface Pen. It also doesn’t have an option to add more RAM when needed.

2-in-1 laptops are not really known for having the power and specs to compete against the more premium laptops available in the market.

But the Microsoft Surface Book 2 just changed all that, as this portable laptop possesses specs and features that make it a great alternative to a desktop PC. This laptop is even powerful enough to even best out the Macbook Pro in certain aspects.

The combination of powerful CPU and GPU, allows this 15-inch model to be your primary device for work and play. Of course, the high-end specs would come with a hefty price tag that doesn’t even include all of the device’s accessories.

A Thin and Lightweight Laptop That Feels Premium

Let’s take a look at what makes this one of the best 2-in-1 laptops you can buy in the market.

One of the things that you will notice about the 15” Microsoft Surface Book 2 is that it doesn’t feel heavy or bulky at all, despite its size. This model’s dimensions are 0.9 x 13.5 x 9.87 inches (HWD), which is very similar to that of the MacBook Pro.

…making the laptop look and feel premium to the touch…

It also weighs at 4.2 pounds, but the tablet itself only weighs at 1.8 pounds. What’s great about the tablet is that it doesn’t feel huge or bulky despite its 15-inch size. We didn’t have any issues holding and using it in tablet form, so that’s a big plus.

It’s important to note that the discrete graphics card and a larger battery is built-in on the keyboard, so there will be some limitations on what you can do when it is in tablet form. Surface Book 2 also retained the magnesium alloy finish, making the laptop look and feel premium to the touch.

Microsoft also used the fulcrum hinge to attach the tablet to the keyboard. It’s not the best hinge in the world, but it’s not a big issue. Detaching the tablet is also easy using the dedicated key at the top right of the keyboard. The keyboard itself is very easy and comfortable to use.

It is also silent, which can sometimes feel like you aren’t typing at all. The trackpad is very responsive, but the size is a bit small and Microsoft could have taken advantage of the ample space available on the deck.

For audio, the device has front-firing speakers on the top left corner of the tablet. It provides good sound and it’s loud enough to fill a moderately sized room. The tablet also features a headphone jack but all of the ports and microSD card slots are on the keyboard dock.

A Powerful Device with Dedicated Graphics

Though the Microsoft Surface Book 2 is categorized as a 2-in-1 laptop, you can see from its specs that it is more of a laptop than a tablet.

The laptop we tested uses the 8th Gen Intel Core i7-8750U Kaby Lake chip, which is a powerful processor. Combine it with 16GB of RAM and this device won’t have any issues doing almost any kind of task you can give it.

…the device can play even the newest AAA game titles, making it a good gaming laptop as well…

It easily breezed through the different kinds of workload that we tried on it. Whether it’s writing, editing, or publishing documents, browsing through the net with numerous tabs open, or even operating Photoshop or doing video editing, this laptop didn’t have any problems at all.

This laptop can even compete against gaming laptops as it’s equipped with the Nvidia GeForce GTX 1060. With this graphics card, the device can play even the newest AAA game titles, making it a good gaming laptop as well.

Microsoft even added the Xbox Wireless radio, which will allow you to connect Xbox One controllers on the Surface Book 2. This is a great feature to have, not only for gamers but also for designers and media professionals. This will not allow the device to compete for the best gaming laptop title, but it’s certainly a viable option for gaming.

With all of these power and performance features, you’d think that the Microsoft Surface Book 2 would easily heat up. But Microsoft did a good job of making sure this device can remain cool, even after prolonged use. It’s really one of the best laptops you can get.

The Microsoft Surface Book 2 pairs all of its power and great features with a 15-inch PixelSense display that has a 3240 x 2160 resolution. It’s an elegant looking screen that provides sharp text and images, which makes gaming and watching videos such a treat.

But aside from delivering crisp and sharp images and videos, the PixelSense technology also makes the touchscreen display very responsive. There won’t be any noticeable latency when you’re drawing on the touchscreen, whether it’s your finger or the Surface Pen. This is one of the best 15-inch laptops you can buy in the market.

Despite all of these amazing features, the Microsoft Surface Book 2 has exceptional battery life. It is powered by 2 batteries, with the larger one found on the keyboard dock. If the tablet is docked, its battery life can last up to 11 hours on a single charge.

But if you detach the tablet, it’s battery life will go down to roughly 5 hours. Surface Book 2 has a “Best Performance” mode, which will allow the device to further improve performance, allowing you to perform more strenuous tasks on the device.

But this mode will come at the cost of the device’s battery life. With this mode on, you can likely see a drop off in its battery life. This mode can even drain the laptop’s battery life, even if it’s plugged in, especially during prolonged use. So be mindful of the battery when you activate this mode.

This beautifully designed machine can do it all, maintaining the signature ability to detach its screen from its keyboard while now acting as a legitimate gaming laptop and delivering near-workstation levels of performance. It’s very spendy as configured, but a swath of configuration options means you’re not locked in at the highest price.

As it turns out, one of the best 2-in-1 laptops to date is just a larger Surface Book – one that can handle the latest PC games and last for a helluva long time, to boot. Not to mention that this is the best tablet for drawing that we’ve tested yet. We just wish Microsoft did a bit more with the extra space afforded by the new 15-inch form factor.

With its power, dedicated graphics, and features, it’s a great premium laptop that can replace most desktops. It’s the perfect model to have for people who need a laptop that can perform various tasks easily, including video and photo editing, as well as running the latest PC games without worrying too much about battery life.

With an expensive price tag that goes with this premium laptop, this device might not be the best option for budget buyers. This device might also not be for hardcore editors who would need bigger RAM since this device doesn’t have the option to increase its 16GB RAM.

If the Microsoft Surface Book 2 is not the laptop for you, there are numerous options to choose from as Surface alternatives. Here are some models that we suggest:

Microsoft Surface Book 2
If you’re in the market for a premium laptop that is powerful enough to replace your desktop and perform a variety of tasks easily, Microsoft Surface Book 2 is your choice. This 2-in-1 laptop has the power and specs to do any kind of work, including editing, as well as be used for playing the latest PC games. It is a bit pricey and there’s no option for adding more RAM, but these are minor issues that don’t overshadow what this device can do.
CHECK PRICE

Do you prefer good laptops that are more affordable? You can check out our list of the best laptops under $1,000.