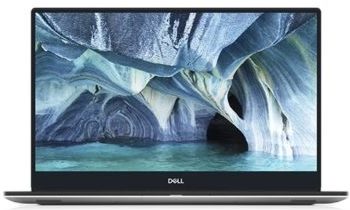 An attractive and well-built 15-inch laptop. It features a powerhouse CPU and GPU that provides exceptional performance regardless of the activity or task you will have it do.

A below-average battery life and components that can get hot during prolonged use can be an issue with this laptop model.

The Dell XPS 15 model has been one of the best laptops you can get with its combination of power, features, and style.

The Dell XPS 15 7590, hopes to continue the model’s dominance. With its updated features, design, and a powerful processor, it is already well on its way to continue being one of the best laptops in the market.

It’s an exceptional workhorse that powers through various activities with ease. But all that power comes with some drawbacks that can be a bit annoying.

An Elegant Laptop That Is Also Durable

Let’s dig deeper into what this device offers and see if it’s one of Dell’s best laptops yet.

Dell didn’t change things much when it comes to the XPS 15 7590’s overall design, which means this is still an elegant laptop. It still features that attractive minimalist silver design on the lid with the chrome Dell logo at the center.

Inside, you will be greeted with a carbon-fiber deck, which makes this device even more luxurious-looking, as well as a durable feel. It also has a full-sized keyboard, a large touchpad, and a power button that also doubles as a fingerprint scanner.

But there is a major update in its design, and that is the removal of the “nose cam” (the webcam that was placed at the bottom bezel, which resulted in an unflattering angle). Dell righted the ship and placed the webcam back in its place, which is in the upper bezel.

The bezels remain thin at the top and on the sides with the bottom still being thick. Nonetheless, it’s still an elegant and luxurious looking laptop. This device, though, is a bit heavy at 4 lbs. So make sure you have a proper bag to place this device in to make it easier to carry when you need to move around.

Rich In Features And Functionality

But the Dell XPS 15 7590 is not just a laptop that looks luxurious and good-looking, but it also provides great features and functionality.

The black full-sized keyboard is not only good to look at, but it’s very comfortable to type in. It does fall short against competitors that have updated their keyboards, providing firmer and crispier. Regardless, it’s keys are still firm and provide great feedback.

The touchpad is also accurate and very responsive. Its large size is also a great feature since it won’t be hard to use 2 fingers on it. Aside from the keyboard and touchpad, the Dell XPS 15 7590 also offers a great display.

It features a 15.6-inch 4K UHD OLED display, which is the first time Dell used OLED panels on its XPS 15 models. With such a great display, this device delivers sharp images or videos with vivid colors.

We were wowed at how crisp the videos looked as we watched several movie trailers on the laptop. The color saturation was excellent and the OLED display didn’t encounter any issues when transitioning from scene to scene or showcasing fast actions.

We also checked out the non-OLED screen and it still provided good images and videos. But the OLED display is just better. Dell paired its great display with okayish speakers. It’s loud enough to fill a small to medium-sized room.

But the sounds speakers delivered were not as good. The bottom-mounted speakers don’t provide good bass and the overall sound quality is just above average at best. It’s still a good speaker, but it falls short if you compare it to the kind of display this device offered.

Dell did equip this laptop with the Waves MaxxAudio Pro software to help with tuning and enhancing the audio quality. Connectivity is also flexible with the XPS 15 7590 as it offers very useful ports to add to its functionality.

On the right side are an SD card reader (one of the few models in this range that has a card reader), a USB 3.1 Gen 1 Type-A port, the battery indicator, and a Noble lock. On the left side is a Thunderbolt 3 Type-C port, a USB3.1 Gen Type-A port, an HDMI 2.0 port, and a 3.5 mm headphone/microphone combination jack.

A Powerful Workhorse That Can Easily Do Anything

This device is equipped with the powerful 9th Gen Intel Core i9-9980HK processor with 32GB of DDR4 RAM and 1TB of storage space. That’s a powerful laptop that easily breezed through the various tasks we tested on it.

It easily handled having 20 Chrome browser tabs open with some of them playing videos on YouTube, while we’re doing tasks on Microsoft Word and Excel and with music playing in the background. With its powerful processor, as well, as a huge RAM capacity, you can even use this laptop for intensive image editing and video editing without experiencing any problems.

Dell also equipped the XPS 15 7590 with an Nvidia GeForce GTX 1650 4GB DDR5, which means playing games won’t be much of an issue with this device. But since the XPS 15 is not a dedicated gaming laptop, it can’t fully maximize the capability of the graphics card.

…it’s a powerful workhorse that won’t have issues performing…

You will have to expect slower frame rates if you want to play the latest titles on the XPS 15 7590. To play games without any issues, you will need a dedicated gaming laptop for that. But this device will still allow gaming, you just have to tweak the settings a bit to play properly.

As great as this device’s features and power are, it comes with a huge price, and that’s in the form of its battery life. This model only lasted for roughly 8 hours and 5 minutes on a single charge.

It’s not that bad if you think about it, but it’s lower compared to the previous model’s battery life, which is 30 minutes to 1 hour longer. We tried testing the batter with 50% brightness, 100% volume, and performing usually daily activities like having multiple browsers and several work applications open.

We also tried gaming on the laptop and it ate more battery, shortening the duration on a single charge. Another concern we noticed was that the device also tends to heat up a little during prolonged use, especially during gaming.

This is not surprising, considering the specs and features crammed into a device this size. Even with decent cooling fan and heat dissipation features, it’s not enough to keep the device cool. It’s not a huge problem, but it can be annoying. Still, it’s a powerful workhorse that won’t have issues performing.

The XPS 15 7590 with Core i9-9980HK and GTX 1650 is the fastest iteration of the XPS 15 yet — as it should be. On the other hand, it’s also the slowest iteration of the i9-9980HK and GTX 1650 we’ve tested on a laptop thus far. There’s a reason why you don’t see many Ultrabooks with Core i9 CPUs let alone unlocked Core i9 CPUs *and* GeForce GTX GPUs. Jamming so much performance in a chassis this size will limit the full potential of the processors because they will be at the mercy of the cooling solution.

But the latest XPS 15 ($2,249 reviewed, $999 starting) is a lot better. This marks the first time the XPS 15 gets an OLED display, which is in itself monumental. But the system also packs an overclockable Core i9 processor and pairs it with a discrete Nvidia GTX 1650 GPU, making for one beautiful beast. Yes, they also fixed the webcam. There are, however, some trade-offs for all that beauty and power — the Dell XPS 15’s battery life is just over 8 hours. The non-OLED Dell XPS 15 battery life lasts slightly longer at 8 hours and 48 minutes.

A powerful 15-inch laptop that also provides great features and functionality. This model is the perfect laptop for people who are looking for a powerful device that won’t have any issues doing any kind of task, from working on documents and spreadsheets to doing a bit of photo and video editing. The device can even handle entertainment in the form of watching movies and playing the latest video game titles

This laptop model does come with compromises in terms of shorter battery life and a device that can get a bit hot. It’s not the ideal model for people who are on the go, especially since it’s also heavy at 4lbs. The underperforming graphics card also doesn’t make this device a dedicated gaming laptop.

In case you find this device, not to your liking, other good laptops can be an alternative to this model. Here  are some of the devices we recommend:

If you prefer a device that is designed more for gaming, you may check out our list of the best gaming laptops available. We’ve spent hours researching and testing various devices to come up with that list.